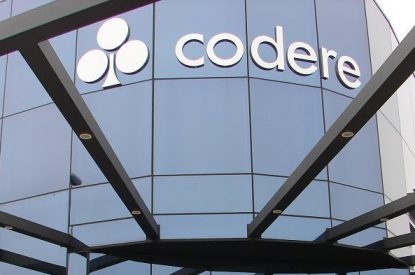 With renewed belief in the Columbia gaming sector, Spanish-operator Codere Group is to build a new US$10m venue in Bogota to be called Casino Royal.

President of Codere Colombia, Diego Navarro Reyes confirmed that the operators is to change its focus from being an operator of small slot halls to exclusive gaming halls. Codere’s confidence in Columbia has been boosted by a promise to crackdown on untaxed operators by government.

Codere calculates that around US$ 139.9m is generated by illegal operators who do not currently pay tax on games such as slots, table games and bingo halls. This, it says, could be allocated to the new health sector, if it controls it properly.

Diego Navarro Reyes said: “We see this as a measure that helps builds confidence in investors, because, with previous regulations and the increment in taxes, we have thought about redefining Codere’s operations in the country. They are the biggest of our company at an international level.

According to the Ministry of Economy, taxation in the sector will have a technical nature and a structure that promotes development, innovation and professionalism. Mr. Navarro added that it would benefit investors, and increase taxes for the health sector, due to a growth in income of the business. “It gave us confidence and we wish to maximise our investments as a result, because the government gave a new focus to the regulatory entity, based in other international entities”, explained Mr. Navarro.

Since it began business in Colombia in 1984, Codere has been the leading slot machine operator in the country, a position it retains to date. It currently operates over 6,200 gaming machines, 51 gaming halls in a total of 130 municipal districts throughout the country. Codere has operated the Cali Gran Casino since 1999 whilst in 2009, after an important redesign, it became the operator of the biggest casino in Colombia, now called CrowN Casino Cali. This year also it has opened the CrowN Casino Palatino in Bogota.

Last year US$9m was allocated to casino openings, improving existing gambling venues and the development of exclusive gambling halls in popular sectors. For this year, investment will reach US$ 10.5m with new projects for popular sectors, under the Fantasía Royal slot brand and exclusive projects under the Crown Casinos branding such as the casino in Bogata, which aims to be the largest in Columbia.