Cuba – Cuba has potential as a gaming hotspot 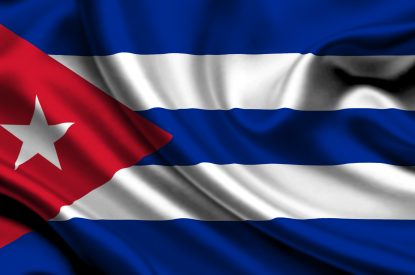 Cuba could be a major new gaming destination according to comments made by Steven Dudas, President and Financial Advisor of IHT Wealth Management, a Chicago-based firm with approximately $650m assets under management.

Talking to Forbes magazine, he said that falling revenues in popular destinations such as Macau and Las Vegas could work for Cuba’s favour and make it a popular gaming resort especially now that gaming is a far more regulated industry. Pointing out that operators in Macau “have hit in a wall” he said that operators would be “unlikely to pass” on a new market such as Cuba given its potential and its proximity to the East Coast.

However he pointed out that much was to be done first regarding tourist infrastructure which could not currently support Western tourist activity on a large scale as well as a trade embargo and travel restrictions which are still currently in place. Equally important is Cuba’s crumbling infrastructure which is in no position to support Western-style tourist activity as it stands now, he said.

His comments have sparked controversy in Cuba. According to an article published in Diaro de Cuba, Cubans already bet in large numbers via an illegal lottery based around the numbers broadcast by two of the largest Hispanic broadcasters Telemundo and Univision – transmissions of which are also against the law in Cuba. While fiercely critical of Mr. Dudas’s statements the article, however, does not rule out the possibility it could happen once the present leaders of Cuba are retired or dead. Fidel Castro is ill, and his brother Raul is 83.

Before 1959 Cuba was a major gambling destination and there were close ties between casinos on the island, Dictator Fulgencio Batista and organised crime. Under his rule Havana became known as “the Latin Las Vegas.” However, the Cuban Revolution of 1959, which installed a government, banned casino gambling and all American investments. Should casinos ever be allowed on the island again it would mark an enormous ideological reversal for the island.