Curaçao – Bitcasino teams up with OneTouch for pioneering Tesla promotion 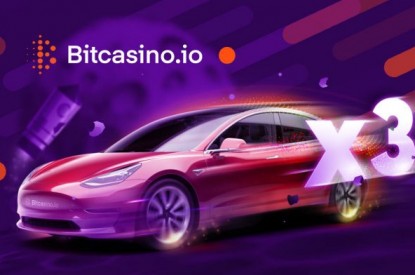 Crypto-led casino operator Bitcasino is launching a headline-grabbing promotion, giving away three Tesla Model 3s to its players as part of a tournament centred around a new title from innovative content studio OneTouch.

The promotion runs between April 19 and July 11, and will reward three lucky players with a pioneering EV worth €58,560. It will feature OneTouch title Live Crash, with weekly qualifiers ahead of three monthly final tournaments.

Live Crash challenges players to cash out of a wager as it gradually multiplies. The longer the player waits, the higher the potential prize, but also the greater the chance of a ‘crash’ that will leave the player with nothing. The game mechanic has already proved popular with crypto-focused audiences.

Tauri Tiitsaar, Director of Casino at the Coingaming Group, said: “We’ve worked closely with OneTouch to deliver a creative promotional concept focused on a new game, Live Crash, which features an innovative mechanic which resonates well with our users. A car as innovative as the Tesla Model 3 is a perfect prize around which to centre the promotion.”