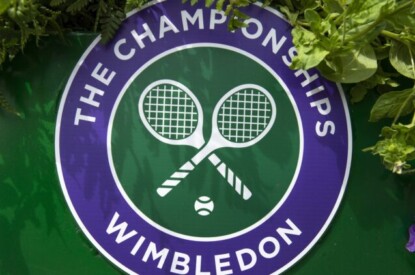 Cloudbet is now offering its customers a brand new feature: The chance to cash out their bets during a live event.

The new feature launched ahead of the start of Wimbledon 2022 in London this week. Cloudbet offers several markets at this tournament for customers to bet on quickly and safely via bitcoin and 17 other cryptocurrencies.

With Cloudbet’s new cash out feature, users can accept a return on their bet before the result of the bet is determined.

Some of the many available Wimbledon markets on Cloudbet include: Outright winner, match winner, set winner, total games, game handicap, correct score, live betting and more. All bets on Cloudbet can be made using bitcoin or other cryptocurrencies, allowing users faster speeds on  transactions, enhanced levels of privacy and considerably lower fees.

Though Cloudbet odds have Novak Djokovic as the favorite, rival Rafael Nadal is looking to upset the Serbian sensation, who has struggled this season. Nadal, winner of both the French and Australian Opens this year, seems to have made a speedy recovery from a foot injury.

On the women’s side, Poland’s Iga Swiatek remains the strong favorite, as she aims to maintain her position as the No. 1-ranked female player in the world. The 21-year-old has won an impressive 35 matches in a row, and claimed victory at the French Open earlier in June.

Chasing her is second favourite Coco Gauff. The teen sensation returns to a competition that three years ago saw her burst onto the scene as a 15-year-old with an incredible Wimbledon run that was ended only by the eventual winner.

Cloudbet unveiled its new feature even amid the deepest cryptocurrency slump in years. The bitcoin betting operator’s turnover has largely held steady, suggesting that while markets are faltering, customers are not cashing out their interest in crypto.

“Cloudbet has served the community for almost 10 years and we’ve seen a lot of ups and downs,” said Cloudbet spokesperson Leandro Rossi. “Our customers aren’t going anywhere, and neither are we. We will continue to offer them more features to benefit from the crypto advantage.”