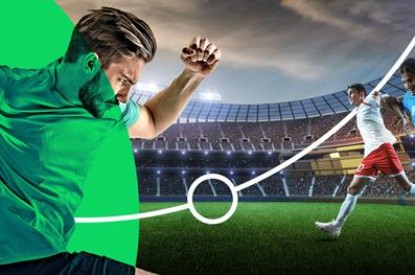 Sportsbet.io is predicting record turnover of more than 20,000 Bitcoin (€100m) in World Cup bets on its leading Bitcoin-led sportsbook after taking more than 9000 BTC (€46m) at the halfway stage of the tournament.

With the tournament on the verge of the knockout stages with 44 games played and 20 to go including several crunch group fixtures, Sportsbet.io continues to be a hive of activity with crypto punters backing their respective nations in their droves.

This year’s tournament is the first to allow global customers to bet on football using both cryptocurrency and fiat money on the site across several denominations including euros. Sportsbet.io customers are relishing the opportunity with the sportsbook offering a huge selection of markets to suit every player’s tastes, plus the extensive World Cup offering which includes daily bet boosts, outright and casino offers.

Sportsbet.io has multiple winners Brazil and Spain, the silky-skilled masters of tiki-taka soccer, down as joint favourites to lift the coveted gold trophy in two weeks’ time.

Brazil, Spain and Germany dominate the outrights market and are the three best backed nations with crypto punters. Almost 50 per cent of the money has so far been placed on the joint favourites with Germany in third place with just under 10% of total outright bets.

Pre-live singles bets have been the most popular according to Sportsbet.io traders, with Germany versus Sweden, Brazil versus Switzerland and this week’s controversial VAR Group B decider pitting Iran against Portugal, the three most backed matches in the tournament so far.

Sportsbet.io’s Asian handicap markets and new cash out function have also proven extremely popular among bettors. Belgium versus Tunisia saw the biggest World Cup win so far, the lucky bettor seized the opportunity with a handicap bet of -1.5 and came away with a cool win of €178,749.

Joe McCallum, Director of sportsbook at Sportsbet.io, said: “This tournament has been way above our expectations both in terms of the nail-biting action and VAR controversy on the pitch and how quickly customers are taking to betting in Bitcoin across the site.

“This is the first crypto betting World Cup, and if the first half of the tournament is anything to go by then we are expecting even more pulse-racing excitement in the weeks to come.”