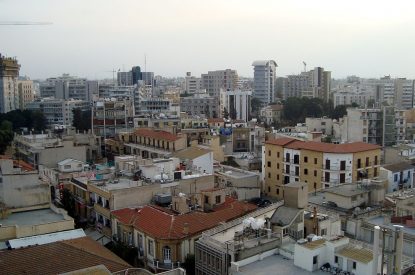 Nicosia, the capital and largest city on the island of Cyprus, has made its push to land the licence being made available in the Southern, Greek-owned part of the island.

Three licences will be offered next Spring for an integrated resort in one locality plus a further two satellite casinos in two other districts.

The Nicosia Chamber of Commerce said it had the most enviable from a business sense. yesterday met with the city’s brass and other players to exchange views on how to boost tourism where it was decided to set up a steering committee to actively pursue the licence.

EVEL President Costas Georgallis claimed the capital was better located in the centre of the island, that it was the heart of the business and political districts and had the populace to support a casino all year round.

Mayor Constantinos Yiorkadjis said however that only five per cent of all tourist arrivals actually stay in Nicosia.

The EVEL President added that with critical mass in terms of population lower rents than in coastal areas, Nicosia would be most profitable and so would return the most tax to government.
The licence for the ‘super’ casino will be for 15 years, while the investor will have the option to renew it for another 15 years.

After the first 15 years the Gaming Commission will be able to grant new casino licenses to other interested parties, in order to create healthy competition.

The initial amount for participation in the tender competition for the casino licence will be more than €50m.

The government estimates that the cost of building the casino is €0.5bn. The casino resort will include a five star hotel, conference centre and golf course. It is estimated that 50 per cent of the casino’s revenue will come from other services offered at the casino and the other 50 per cent from gambling.