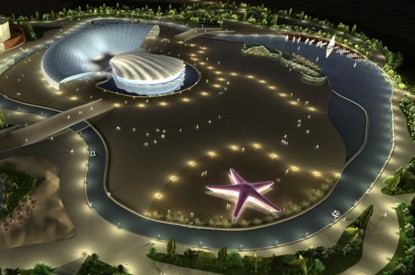 Dialogue got underway over the licensing process which is was currently at the stage of drafting the legislation and consulting with political parties.

The leader of Cyprus’ main opposition AKEL Andros Kyprianou has repeated its opposition to the introduction of casinos in the Republic but said he understood that the decision had been made and that it had received backing from the majority of parties.

Mr. Kyprianou, AKEL’s leader said: “What interests us now is the formation of the best possible framework to include safeguards that will limit potential negative effects on Cypriot society and maximise the positives that may arise.”

Energy Minister Giorgos Lakkotrypis added: “We explained the safeguards in place even in the conditions of the competition, which will be announced very soon. We look forward to a constructive dialogue.”
The tender for the licence will start as soon as the legislation is approved by the House.
Mr. Lakkotrypis revealed the bidders would be able to select the casino’s location with a list of available state land being drafted to accompany the chosen investor’s private land choice.
The previous AKEL government had refused to introduce casino gaming throughout its term of power based on ideological grounds despite the fact that Greek Cypriots were travelling over the border to the north to visit casinos.

Once elected the current government asked the tourism organisation (CTO) to update a 2007 study into the creation of casinos to help them decide on the form they would take.
Mr. Lakkotrypis said that the high number of players crossing the border to gamble made the argument to introduce casinos more persuasive adding that no one under the age of 21 would be allowed to enter a casino.

Whilst supporting the introduction of casinos in principal, the Pancyprian Restaurants’ & Entertainment Establishments’ Owners Association (PASIKA) has said that the larger casino will affect business for Cyprus’’ restaurant industry.

Speaking to incyprus.com.cy, PASIKA General Secretary Phanos Leventis said: “The very large project the government envisions will not only include a casino but also dozens of restaurants, bars and clubs so, what will happen in our small Cyprus? Other venues will close. The projects should be in proportion to the size of the country. We cannot turn Cyprus into Las Vegas.”