Cyprus – Only Melco/Hard Rock have secured land for Cyprus casino 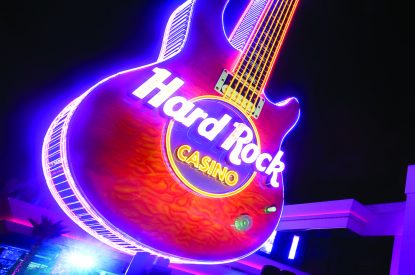 Reports out of Cyprus suggest that the three horse race to land a casino licence could soon be whittled down to just one.

Two of the bidders are struggling to secure land for their projects with government officials claiming that having extended the deadline for the current final stage round once already, the government is unwilling to extend it again.

Commerce Minister Yiorgos Lakkotrypis recently told a parliamentary committee that the license would still be awarded before the end of 2016, making it hard for another deadline extension to be granted.
Currently only a consortium made up of Melco International, Hard Rock and local agricultural company Phassouri, has successfully secured land for the project.

The other two final stage bidders Bloomberry of the Philippines and Naga Corp of Cambodia have already been granted a three-month extension from The Legal and the Audit Services in Cyprus,.taking them up to October 5 to submit their final detailed outline for the project. But with neither yet to finalise the land for the developments, sources believe Melco International could be left with no competition.

A report in a Cypriot newspaper recently suggested that Bloomberry was being put off the project due to the cost of land whilst Naga Corp was still deep in discussion with land owners.

Reports have also suggested that Melco-Hard Rock will object to any further extension, claiming it could walk way if there is any further delay. It is believed that the Hard Rock/Melco team is looking at a location in Limassol on the southern coast. Bloomberry Resorts is reportedly eyeing the potential of Paphos in the south west whilst Nagacorp is considering a Lamarca-based project.
A total of 12 major companies from the USA, Philippines, Cambodia, Russia and France had formally expressed their interest in the Cyprus licence.

The prize is a licence to operate not just an Integrated Casino Resort but up to four satellite casino premises, in districts other than the one where the ICR will be located. Each will be licensed for the operation of up to 50 gaming machines per location.
Under the framework, the winning bidder will have to build a holistic integrated resort, the first of its kind in Europe. It will feature 500 hotel rooms, plus a casino with more than 1,000 slots and 100 table games. The group will be granted a 30-year casino license with an exclusivity period of 15 years.