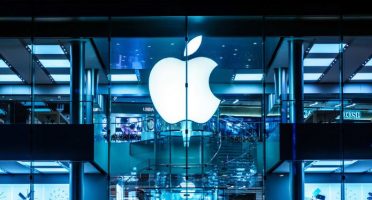 The measure followed stricter enforcement of guidelines clamping down on non-native applications and together the changes spread fear in the gaming community that operators would face serious disruption to the way content is delivered to customers through Apple iOS applications. Moreover, any HTML5 content needed to be embedded in the app binary without directing customers to an external site. This means the new standard aﬀects any sports betting, casino, lottery and bingo apps.

Apple originally gave developers three months to implement its new guidelines. Panic ensued. However, the initial hysteria, around how the technology giant was persecuting the gambling sector with restrictions that go beyond what is standard or necessary, quickly died down as the industry sought and won an extension to March 3, 2020.

As the deadline ticked closer, and with most of the development community now in Covid-19 induced lockdown, on March 26 Apple further extended the deadline to June 30, 2020. And while the industry breathes another sign of relief, a couple of things still remain unclear. Will apps that fail to meet the new requirements be removed by Apple or will their updates simply not be accepted? And is the extra time being used wisely by everyone?

The restrictions on non-native applications are contained in guideline 4.2, in which Apple states that app developers “should include features, content, and UI that elevates it beyond a repackaged website.” This means that those wanting to leverage the vast distribution framework that the Apple App Store provides must oﬀer more than just a wrapped website. Apple wants to ensure that its store is not merely being used as a content redistribution channel oﬀering nothing unique; it wants to raise the bar in what an app is expected to be.

The majority of apps with the gambling sector have been produced by operators seeking not to invest in technology and frameworks as Apple intends, but with a clear eye on cost saving by oﬀering the simplest cross-platform solution possible, ie. a repackaged website.

The restrictions detailed in guideline 4.7, which will generally force operators to either build games natively or embed HTML5 games into their application code would result in the wholesale reimagining of the majority of the sorts betting and gambling apps on the iOS platform. As the review process kicked into action at the start of February, how are the latest apps to be judged against the new policy?

In anticipation of Apple’s review, Degree 53 published its own UX review in January, which showed that operators with two months left before the deadline still had a long way to go to successfully meet Apple’s native UX design standards with their current products. The team reviewed 10 UK sports betting mobile apps against the latest Apple Human Interface Guidelines to ﬁnd out how likely were are to be approved in March.

The team at Degree 53 revealed that while bet365, Coral, Ladbrokes and Unibet scored the highest (54-55/100), all of the reviewed brands received low ratings overall. None of the operators stood out. Some of the common low-scoring areas were web-like functionality and a lack of a clear user journey. This is mainly due to all of these products being container apps (website wraparounds) that don’t fully support the native standards required by Apple.

Jade Daniels, design director at Degree 53 commented: “Apple has disrupted the online gambling industry by enforcing its design standards to real money gambling apps, giving very little time to operators to make any signiﬁcant changes. It can take a large operator around a year to develop a native sportsbook app from scratch and requires a big investment. Many of our clients were in this situation, so we started looking into diﬀerent solutions and studying Apple’s design guidelines to best meet their requirements. This report reﬂects our ﬁndings and recommendations on how to achieve this.”

“While not many can aﬀord to build a native sportsbook, making it as app-like as possible will increase the chances of approval. The common problem that operators have is that their apps are derived from their sportsbook websites, still using web features in navigation and UI or even opening content in a browser. Today, product owners need to adopt the mobile-ﬁrst approach, which Apple is trying to enforce, as that’s how the majority of people engage with digital products. Online gambling is a huge industry and it’s time it caught up with retail, entertainment and travel to support mobile engagement and provide a great customer experience.”

G3 interviewed Degree 53’s Jade Daniels about the changes that have now taken place and what measures operators and players can expect from Apple.

How did you score the apps and did you expect such low review scores from the big brand apps?

I don’t think our expectations were especially high. If you think about the best nongambling related apps, such as Spotify and Uber, we weren’t expecting the gambling industry to hit those kinds of benchmarks. However, the results were still below expectations.

We didn’t score point-by-point, but instead used a summarised version of Apple’s criteria. We condensed the guidelines to the fundamentals that every app should incorporate as standard. We reviewed against this measure with the goal of understanding if an app was likely or not to be rejected by Apple. The biggest issue we encountered centred around navigation. Most of the apps failed to oﬀer a proper structure that enabled clear navigation.

I think there are ways to incrementally improve and change things step-by-step with slow and steady releases rather than advocate that operators scrap their current solution and release a brand new app, since a completely new oﬀer might not work for the customer base. Gambling apps have established a strong customer base that’s now familiar with their functionality.

A major concern for operators is that if they release something radically diﬀerent, they’ll need to re-educate their customer base as to how to use their app. I also think that key improvements, depending on the brand, can be implemented quickly that will ensure that their website operates more like an app. However, this too needs to be implemented with a step-by-step approach to ensure the brand doesn’t alienate players.

Was Apple right to impose this change?

I think it’s a shame that it got to this point. Apple changed the ground rules and sparked panic. This shouldn’t have been a thing to worry about. On the positive side, operators need to consider their app development as a roadmap, as opposed to simply parking progress. I hope this will spark more innovative thinking.

Was the industry given enough warning?

The original notice period was incredibly short. It was very sudden, without regard for the fact that operators would need two-three months to make even the smallest of changes to their apps, so wholesale change was not feasible.

What type of review process are we going to see?

Operators will submit their updates as usual, with Apple expected to reject apps that do not meet with their guidelines, usually oﬀering up a vague reason as to why their app has failed. Operators will need to re-submit apps based on the guidelines, otherwise Apple won’t allow these apps in their Store. Apple ultimately has the upper hand here. They don’t want badly designed apps in the App-store, and they’re happy to reject any they don’t ﬁt the criteria.

I don’t see how all the apps being submitted will be successful. The potential is that millions of revenue could be lost. And if anything, I think Apple will get stricter and stricter over time. If operators don’t want Apple to always hold sway over them, they need to create unique and original apps. If they don’t do this then they face being removed entirely from the Apple Store.

As a UX designer, does Apple explain its decisions clearly for you to address them?

Apple speciﬁes any guidelines that haven’t been met. It could be something around usability or lack of entertainment value. However, the statement covers the entire interface, so we need to interpret what area they’re targeting as they don’t pinpoint what is speciﬁcally wrong.

Apple’s review team has to review a huge volume of apps; it is a massive job and as a result they tend to be non-speciﬁc in their statements. So it’s important for operators to have a team that knows and understands the guidelines inside and out. A dedicated app team that lives and breathes iOS and Android is a must. Apple wants app submissions to be ‘design-led’ as opposed to doing the bare minimum, which is endemic right now.

I really hope the industry embraces the opportunities that arise from this change, which could introduce many more exciting features rather than the bog-standard apps we’ve become accustomed to seeing from the industry. We work with product owners in sports books and those teams have such great ideas. What’s needed is the drive to take those and implement them in the app space.

If you look at the most successful app brands – Uber, Deliveroo, Spotify, they each have dedicated teams whose aim is to innovate so that users can enjoy using their products.

I think that the gaming industry can beneﬁt from this approach. In the gambling space this has to also include keeping people safe with responsible gambling measures. Rather than just meet the basic requirements, the industry can go much further to create an all encompassing app experience. I truly believe that positive change can come from this.