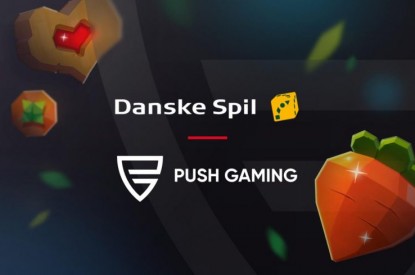 Once live, popular titles including Jammin’ Jars, Razor Shark and Fat Rabbit will be available to players on Danske Spil’s platform, further extending Push Gaming’s influence in the market.

Across Europe, the Danish market for online gaming is second only to Sweden in terms of the online gambling participation rate and is one of just three countries where the majority of gross gaming revenue comes from internet channels.

Since its introduction in Denmark in 2012, online gaming’s gross revenue and market share has grown year-on-year, every year, making the market key to Push Gaming’s greater growth strategy.

Commenting on the latest launch, Fiona Hickey, Head of Sales at Push Gaming said: “Denmark is an extremely vibrant market and as such, partnering with Danske Spil, which is the national lottery operator in the country, is a great achievement for us. Getting our content in front of Danish players is another step in our growth strategy and we are confident we can fully leverage the opportunity.”

Simon Hoffmann Riis, Promotion & Loyalty Manager at Danske Spil said: “Push Gaming has been on our radar for years as one of the missing pieces in our otherwise impressive game offering. I am excited to get key titles like Jammin’ Jars, Razor Shark and Fat Rabbit live across our platforms, and there is not a doubt in my mind that they will quickly gain traction with our player base.”

Marking its tenth anniversary last October, Push Gaming has continued to go from strength to strength this year following the acquisition of its MGA and UKGC-licensed platform in 2020.

Established as one of the industry’s most entertaining suppliers, Push Gaming is live across several regulated European markets with the likes of GVC, William Hill, SkillonNet, Casumo, LeoVegas, The Rank Group and Gamesys.