Estonia – EGT in the mix at Olympic Park Tallinn 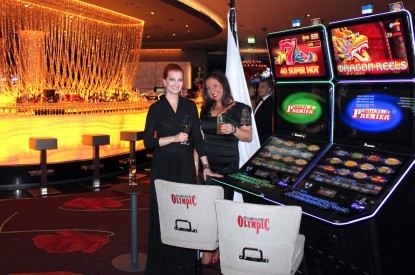 The casino, spread across over 17,000 sq. ft, houses almost 100 slot machines with the EGT order including six P-27/27 St Slim cabinets from the Premier series of EGT. The install was overseen by D-Systems GmbH, EGT’s representative for the region.

Emilia Tomachinska, Managing Director of the company, said: “EGT’s partnership with Olympic Entertainment Group dates back to 2015, when D-Systems GmbH supplied the first cabinets of the Bulgarian manufacturer in an operator’s casino in Latvia. The excellent results easily convinced our client that the Premier brand should unfold its potential also in their establishment in Tallinn, Estonia, which is a recognition for us. I’m sure that EGT’s products will match the expectations as they have always done.”

GmbH has made also installed EGT’s most popular model the P-24/24 Up, in a number of operator’s casinos in Latvia. P-24/24 Up, including Olympic. TheP-27/27 St models were also supplied to Olympic’s new casino in Malta.