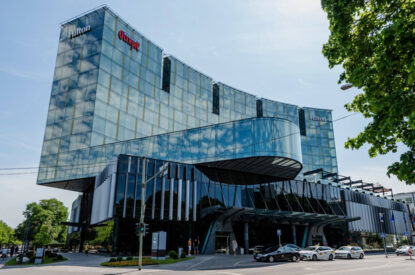 The land-based casino industry in Europe is gearing up for the annual European Dealer Championship (EDC), which will be held at Olympic Casino group’s flagship operation, the Olympic Park Casino Tallinn from April 29 until May 1.

Going from strength to strength, the competition will attract Europe’s 37 best dealers. The high calibre line-up from 20 countries includes previous winners, runner-ups and talented newcomers eager to show their skills. Dealers are ranked on technical skills, game control and hospitality in the group stages and final rounds. A number of side events will also take place at the EDC.

Tallinn, playing host to the EDC for the first time in the competition’s thirteen-year history is also celebrating its 800-year anniversary of the first mention of the city. Estonia’s capital is also well-known for its burgeoning tech industry, which has led to the city being nicknamed Europe’s Silicon Valley. This spirit of entrepreneurship and innovation is exemplified by Olympic Casino, which is represented in six European countries, and shows its spirit through its flagship casino venue in Tallinn playing host to the 2019 EDC.

Corey Plummer, Chairman and CEO of Olympic Entertainment Group, said: “Olympic Entertainment has a proud history with the European Dealer Championship, having twice won the competition. We are excited to host the competition in Estonia for the first time at our Hilton hotel and Olympic Park Casino. The two days of competition will demonstrate clearly the excellent skills that European operators have to offer. We look forward to delivering the great customer service and exceptional experiences that our brand is built upon.”

Per Jaldung, ECA chairman commented: “The European Dealer Championship has successfully grown to be a real showcase event for the land-based casino industry in Europe and exemplifies our sector with customer centricity at the core. We very much look forward to coming to Estonia and the beautiful Olympic Park Casino for this fantastic and hard-fought competition.”