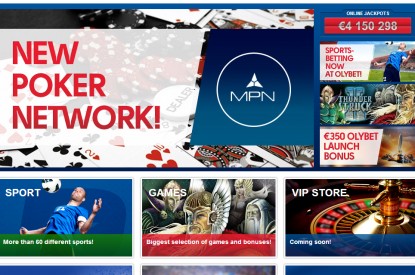 After proving that land-based and online gaming can exist side by side and create significant synergy, OlyBet, the online gaming brand of Estonia-based Olympic Group is now considering expanding to new markets.

Armin Karu, Chairman of the Board of Olympic Entertainment Group, said: “In two years OlyBet has become the second largest online gaming operator in Estonia and Latvia. Besides aiming for a top tier position on our home soil it’s clear that the next major step for us will be expansion to new markets.”
Veiko Krünberg, who was recently appointed as the new CEO of Olybet.com, added: “For operators, the golden era of online gaming is over – today the competition is tough, markets and regulations have become more mature, customers more experienced and demanding. Only operators with a strong concept, will and structure can be successful.”

Mr. Krünberg has over ten years of experience in online gaming operations, most recently as Managing Director of a company owned by Betsson Group.

OlyBet was launched by Olympic Entertainment Group (OEG) in the summer 2013 as a new operator with a focus on Baltic countries. OEG, also the owner of Olympic Casino brand was rewarded with the Best Land-based Casino Operator Award at the Totally Gaming Awards in 2013.

Mr. Krünberg added: “OEG started in the online gaming sector relatively late. We were limited by some rooted principles of an established international land-based business and of a publicly listed company. We ruled out operations in the so-called grey zone.”

He explained that any expansion should take place only in markets that have proper regulation and enforcement measures in place.

“Our cooperation with land-based casinos in both Estonia and Latvia can already be considered as successful and for example today we’re taking about 25 per cent of OlyBet’s sports bets in our Sports Bars,” explained Mr. Krünberg, adding that additional synergy is also coming from joint campaigns for live and online poker as well as loyalty programs and co-offers of land-based and online casinos. „While we are primarily focused on developments and opportunities in countries where Olympic Casino is already present, we do look towards some entirely new markets.”

OlyBet is owned by Olympic Entertainment Group, an international gaming enterprise that operates casinos in Italy, Slovakia, Poland, Belarus, Lithuania, Latvia and Estonia, and has recently announced plans to open a new casino in Malta.