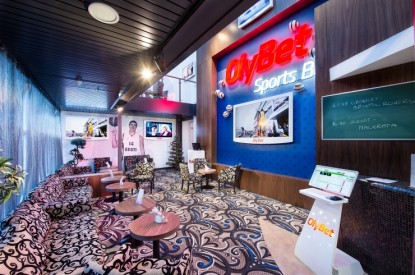 Baltic’s operator Olympic Entertainment has signed a strategic partnership agreement with GGPoker Network, the world’s largest online poker network. The agreement ensures that, from April 30, 2020 onwards, OlyBet players will be able to access all of the exciting offers and unique features that thrill GGPoker Network players the world over.

“GGPoker Network is the wunderkind of the post-boom online poker business and this deal is great news for all OlyBet players of today and tomorrow. GGPoker Network, which started operations in Asia, is one of the clear leaders in global online poker and massive growth lies ahead in Europe and North America,” said Veiko Krünberg, Managing Director of OlyBet.

The partnership extends to all of the current and future markets of OlyBet and the poker room will move to GGPoker Network simultaneously in all of its online poker markets.

“OlyBet is arguably one of the most experienced poker operators in Europe. In addition to online poker, OlyBet owners Olympic Entertainment Group is famous for organizing top European poker festivals such as the Battle of Malta and Kings of Tallinn,” said Jean-Christophe Antoine, Head of GGPoker. “We want OlyBet to become the dominant poker player in their markets and GGPoker will support OlyBet 100% in achieving this,” Antoine continued.

The news comes shortly after it was announced that the $100,000,000 guaranteed WSOP Super Circuit Online Series would be hosted on GGPoker Network with hundreds of individual events taking place from May 3 to May 31. “For OlyBet this announcement is perfect timing; we’ll give all our poker players a chance to get in on the thrilling WSOP Circuit action, all from the comfort and safety of their own homes,” Mr. Krünberg said.

After launching in Asia in 2014 and seeing rapid growth in recent years in Europe, Canada and elsewhere, GGPoker Network became the world’s largest online poker network and averages around 30,000 concurrent players. In late 2019, GGPoker Network made headlines when it guaranteed a total prize pool of $50,000,0000 in its GGSeries 3 online poker tournament series. The network’s pro team includes iconic poker players such as Daniel Negreanu, Bryn Kenney and Bertrand “ElkY” Grospellier.

OlyBet will switch to GGNetwork from April 30, 2020. The new poker software will be available on OlyBet in all local languages for both Windows and Apple computers, as well as for Android devices whilst iOS users should wait for OlyBet’s App Store launch.