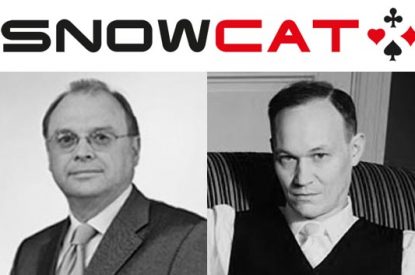 Estonia-based Snowcat Games OÜ, one of the Snowcat Group of companies, have just announced that they have signed a significant long-term Supply Agreement with Big Tent, a subsidiary of Santa Monica, California-based Pavilion Worldwide Group for the supply and integration of games and content in land-based North American Native Indian Gaming properties.

Snowcat’s co-founder Mitchell Rankin said “For Snowcat and its stable of content partners, this deal isa major win. Snowcat is now the ‘Preferred and Dominant’ supplier and integrator of game content for a major route and share operator who is in the early stages of rolling out many thousands of machines into NIGA venues – it’s an Agreement which will bring significant opportunities for our partners and for Snowcat by delivering large volumes of leading-edge game content and entertainment pieces over many years.”

Mark Irvine, International Managing Director of Pavilion Worldwide Group said “I have worked closely with the founders of Snowcat over many years and am delighted that we have been able to close this deal with them for Big Tent. Having Snowcat as our preferred content aggregator for non US slot games gives us access to a vast pool of emerging worldwide talent. Our casino partners expect not only the best of breed when it comes to slots content, but they want experienced hands managing the process. Snowcat certainly ticks every box.”

President of Big Tent, Jeff Calman, also added “Big Tent is delighted to enter into this long- term supply relationship with such an exciting and innovative company as Snowcat. We believe this to be a transformative arrangement for Big Tent and, with Snowcat’s rich inventory of games, for the North American gaming market as well.”
Playson Limited’s Adam Daniel was delighted to receive the good news, saying “When we recently partnered with Snowcat, we knew they would bring results, but we didn’t expect it to be so soon or so significant – this agreement will put Playson content in front of thousands of new players over the coming years and we couldn’t be happier with the terms or opportunity – it really has become a fast win-win situation for all.”

Another Snowcat partner, Lightning Box Games’ Peter Causley continued by saying “The proof will be in the delivery,but LightningBox’s games are a perfect fit for this project and we believe that Snowcat and its customers have created a great win-win environment. Lightning Box intends to secure a significant portion of the estate footprint and to deliver exciting and profitable games for this significant deployment. We are comfortable that the right combination of this customer, with Snowcat as their supplier and a partner, will show Lightning Box Games to be a great selection as a game studio.”

Games from other studios are also being selected and, further, Snowcat confirmed that it is reviewing its stable of suppliers and the combined library of available titles to ensure that adequate volumes and quality of content will be ready for the delivery of content that they will integrate, which is expected to commence later in Q2 2014. It is also possible that Snowcat will announce further studio partner deals in the near future, to ensure total customer, site and player satisfaction.