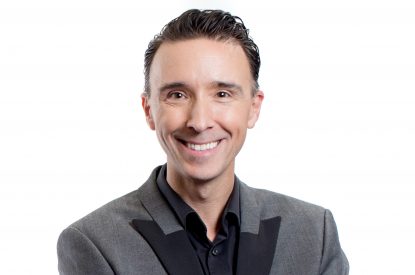 Could you outline the basic premise behind Crazy Time?

Simply put, Crazy Time is our newest money wheel game variant – but it is so much more than that! It’s a live game show that packs more fun and entertainment into a casino-style gaming experience than ever seen before. We have truly taken the concept to new heights by creating a game that immerses players at every turn.

The ﬁrst thing that will draw players’ attention on the giant Crazy Time wheel is the presence of four bonus games — Cash Hunt, Coin Flip, Pachinko and Crazy Time. This is more than we have ever created before, plus there is the four other bets you can make: one, two, ﬁve, and 10, which all pay simple odds.

On each spin of the wheel players have a chance for their bet spot to be multiplied up to 50x with a sort of mini-slot or ‘Top Slot’ above the wheel that chooses a lucky bet spot. It’s really easy to play, as you just bet on where you think the wheel will land and hopefully that is a bonus game with a multiplier.

This is undoubtedly our boldest, most expensive, and most fun game ever created. After everything we have put into this, we are very excited for players to see Crazy Time and get to play it.

What differentiates Crazy Time from the rest of Evolution’s live casino portfolio? Out of all the games you are releasing this year, why is Crazy Time the headliner?

Our focus has been to put entertainment at the heart of our new games by creating immersive gaming experiences and enchanting studio settings to appeal to a wide range of players, not just experienced Live Casino enthusiasts. Crazy Time does just that, as it is an exciting new game show that leverages some of the most advanced technology.

The game mixes augmented reality, RNG, slots-style elements and more bonus games than ever before, which made it the natural choice as our headline game at ICE. This is also our most complex, expensive, and labour-intensive game yet, and when you see the game, it shows.

COIN FLIP: A custom-built coin launcher ﬂips a two-sided coin for multiplier wins on either the red side or the blue side.

CRAZY TIME: Players enter through the red door into the augmented reality bonus world, with a gigantic virtual wheel with 64 segments and three ﬂappers with crazy potential multiplier wins.

What is the inspiration behind the game? How does Crazy Time build upon Evolution’s previous game-show style games, such as Monopoly Live?

The initial inspiration for Crazy Time is from an American game show that I grew up watching, called ‘The Price is Right’. We wanted to continue our trend that our game shows had started by putting entertainment at the heart of the game, with the addition of various dynamic games within-games to entertain and immerse players.

Crazy Time builds upon our successful money wheel games, including our ﬁrst ever game show Dream Catcher, which we launched in 2017 and the unique MONOPOLY Live, launched in 2019, where the world’s most famous board game met Live Casino.

We created these interactive game shows to attract a wider variety of online players: some who had never played Live Casino, some who were looking for a more exciting alternative to slots or traditional table games and some who are just looking for something completely new.

Most new games ﬁt squarely into categories: slots, tables, virtual sports, and as a result most new innovations ﬁt this traditional mould. Dream Catcher represented a shift for us, in creating a game that did not ﬁt the conventional mould, but of course with the associated risk of having no natural player base.

With Dream Catcher the magic happens when the ﬂapper lands on one of the two special multiplier sections, which are 2x and 7x. When these are hit, all bets are locked and potential payouts are multiplied. We quickly realised this was something players loved — the thrill of the multipliers and the potential to win big were an instant success with players.

MONOPOLY Live again built on this concept with the addition of something never before seen in Live Casino — a separate augmented reality bonus round, which takes players on a unique journey into the MONOPOLY world where they have the opportunity to win huge multiplied amounts.

Players now live in anticipation that the wheel lands on either two rolls or four rolls. This game is super popular and had shattered all company records for player numbers as well as the most amount of prize money paid in any one game round. This excitement is something we wanted to replicate with the creation of Crazy Time.

What bonusing tools are available to enhance the player experience? How does Crazy Time appeal to the next generation of player?

With Crazy Time we have added even more boniﬁcation elements we know players will love. This embodies our goal of creating games that are entertaining enough simply to watch, without even placing a bet.

A great game needs to have so many diﬀerent elements and those all need to be in perfect harmony with each other. Our games include many elements that are highly appealing to slot players.

By incorporating elements such as RNG multipliers and augmented reality, we are essentially mimicking TV game shows by giving players something engaging to watch, instead of re-spinning slot reels over and over. This has proved to be very popular and in many ways is redeﬁning Live Casino.

What are your expectations for Crazy Time once it goes live? What would you consider a successful launch?

The initial reaction to Crazy Time from everyone at ICE was overwhelming. That was validating to see, so we expect great things to follow once the game goes live. We hope that Crazy Time, like our other successful game shows, acts as a powerful conversion tool.

We want to attract even more diverse player segments, and potentially new players to Live Casino. Many of those players will go on to enjoy other Live Casino games, such as Roulette, that they may not have experienced had they not been drawn to the excitement of Crazy Time.

With MONOPOLY Live, its popularity also grew from a sense of community that was built around the excitement of the bonus game and players sharing in each other’s’ victories. There are thousands of live-streamed videos dedicated to the huge wins in the MONOPOLY Live game, demonstrating a massive fan base and shared interest in the game that we had never experienced before.

With Crazy Time, of course, there are even more bonus games, so we look forward to seeing how players interact with a game which is our boldest creation to date!