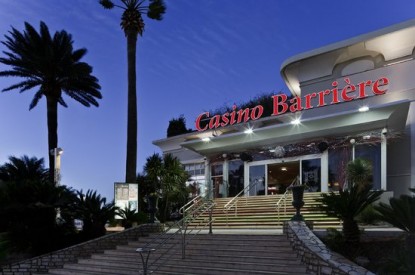 The Saint Raphaël Casino in the Var region of France has finally been able to confirm it is moving ahead with a major extension and renovation project.

Owned by the Barrière group, the casino has had to wait seven years before finally being able to expand on the site of the adjoining Les Ambassadeurs brasserie, which was completely destroyed during a fire in June 2012. The casino’s General Manager Hilario Aznar expects the work will take between nine and 12 months.

He said: “There were various administrative elements to be resolved. The building was in the public domain, there were commercial leases that had to be resolved. It took a little while indeed. Now all of that is resolved so we can start work.”

The plan is to recover a floor area on the R-1 level of the casino of around 1,200 m², demolish it and build commercial space. The entrance to the casino will be relocated to its west facade facing the port of Saint-Raphaël, currently the east entrance to the south. The renovation will see a terrace of around 500 m² added to the premises, which will overlook the harbor and the beach.

“It will be one of the most beautiful places in Saint-Raphaël,” Mr. Aznar predicted. “On this terrace there will be a restaurant which will be at least doubled in size with also a lounge bar and a smoking area containing between 30 and 50 slot machines.”

The casino currently has 150 slot machines, which Mr. Aznar confirmed would increase.

“We have not yet defined the number of machines but it is clear that we will add more,” he explained. “It is possible that we add a table of games and some slot machines to exceed the 150 current machines. This is a project based on restoration as well as new slot machines. We are in a market which is highly competitive with another casino 2km away, you have to fight, it’s a constant battle.”