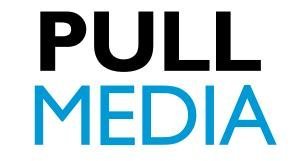 The move is seen as a substantial step in their rapidly growing acquisition strategy, with Pull Media set to enable Better Collective to instantly become a market leader in the regulated French market. Beyond the French market, the acquisition of diverse Pull Media sites further strengthens their focus markets, including the United Kingdom and Germany.

Despite already having a strong influence in the German speaking market, especially given the similarly-priced recent acquisition of Austrian affiliate SportFreunde GmbH, Better Collective saw the potential in the French company to consolidate their position.

The high-quality content produced by Pull Media prompted the deal and the acquired company will now be given the opportunity to grow alongside the 2016 winner of the EGR Nordic Affiliate of the Year award.

Significantly, it will allow Better Collective to become one of the key affiliates in particular markets where they had less of a foothold in, such as France and Italy, and become bolstered by a further 35 employees executing a growth plan and contributing to the overall development of Better Collective. The acquisition includes 200+ sites, majority of which relate to sports books. These sites from Pull Media align well with the same values as those from Better Collective—ensuring core value synergy moving forward.

The acquisition fits in perfectly to the long-term strategy of Better Collective, expanding its range in some of the most important and stable markets in Europe, as well as gaining access to new emerging markets. Plus, thanks to the existing synergies, they will be able to improve the performance of the business as whole and drive further growth across existing and newly acquired sites.

Jesper Søgaard, Founder and CEO of Better Collective said: “Better Collective is really excited to acquire Pull Media and we see it as a great fit for both companies. Pull Media showed some impressive growth in the last few years and now we are looking forward to drive it even further.

“We are certain that with the existing resources and synergies we will be able to effectively grow the whole of Better Collective’s network becoming one of the strongest players in the highly competitive affiliate market.”

John Samson, CEO of Pull Media said “Following 7 years of steady growth internationally, Pull Media needed to go to the next level. With the help of Blueprint Partners we looked for consolidation partners and Better Collective came as the perfect fit for us, notably in terms of working synergies and company cultures. Our team is really excited to share best practices, tools and betting services within the new group.”