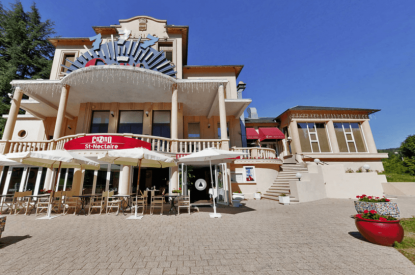 The independently-owned casino had been in receivership since November 22, 2019 but the two periods of closure to fight against Covid-19, dealt it a fatal blow. About 15 employees have been left unemployed. It tried twice to sell without success. Only one buyer had come forward, the local company NéoFélis Jeux, whose project was deemed “‘too weak’ by the commercial court.

The municipality, owner of the premises, intends to relaunch a concession notice next January. According to the mayor, Alphonse Bellonte, five casino operators are interested in this new call for tenders. The municipality, between the rent and the municipal levy, received 95,000 euros per year.

Saint-Nectaire has about 750 inhabitants. It is known for its eponymous cheese and for its thermo-spa. Saint Nectaire is 36 km (43 minutes) from Clermont-Ferrand. Its closest competitor is the Casino du Mont Dore, 22 km (31 minutes) away.