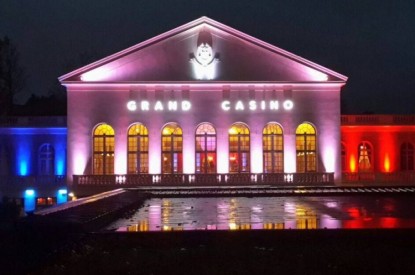 Unable to launch the new tender due to the coronavirus pandemic, the French city of Forges-les-Eaux in Seine-Maritime was forced to extend the current operating licence with Partouche by 12 months.

Due to end in originally on October 31, 2020, the city council has now approved the launch of a new concession licence, which will consider a possible change in the location of the gaming establishment.

The Forges-les-Eaux casino is currently operated by Partouche via its SA Forges Hôtel offshoot, which owns the building. The specifications provide, if a new operator is selected, that the city will make available, near the old spa station, a site that has hosted the municipal horse club with a temporary casino being considered.

The new specifications drawn up by the city of Forges-les-Eaux provide for a municipal levy at least equal to five per cent up to revenues of Є5m and 15 per cent above Є5m. In terms of tourist development, the casino will have to fund annually up to Є50,000. Finally, the concession will be granted for a period of at least 15 years and at most 20 years. This is a total amount for the concession that can be estimated at Є503m for 15 years and Є670m for 20 years.

The mayor of the spa town specified, during the municipal council, that several criteria would be taken into account for the choice of the delegate, including an experience of at least 10 years and a certain turnover to give guarantees of safety. .

At the end of the 2018-2019 financial year, the gross gaming revenue amounted to Є33.5m with around Є3m being donated to the municipality.

Partouche was recently awarded an extension to its operating licence in Palavas les Flots in Hérault. SAS Casino de Palavas of the Partouche group, was selected for a new concession by the municipal council of the commune, during its meeting on January 20.

The city launched its call for applications a year ago. Initially, the specifications provided for a duration of 15 years, until 2036. But its duration was increased to 20 years, until 2041.