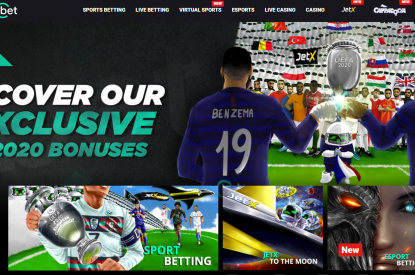 Two unauthorised online casino games sites being ‘particularly aggressive on the French territory’ have just been blocked by the French courts, at the request of French regulator the National Games Authority (ANJ).

“They have been blocked by the main French internet access providers,” she added.

With a judgment on May 20, 2021, the President of the Paris Court of Justice ordered internet service providers to prevent access in France to the addresses www.cbet.gg and cbet.gg, from which are offered unauthorised games, one of which is known as JETX. The judge also ordered the blocking of access to the bypass site accessible from the addresses www.cbet2.gg and cbet.gg.

With these mirror sites, the operator of the illegal site is trying to circumvent the effects of the initial blocking measure pronounced by the French judge. By a judgment of July 13, 2021, the president of the judicial tribunal of Paris, on referral from the president of the ANJ, ordered the main French internet service providers to prevent access to the site accessible from the addresses www .stake.com and stake.com. The operator of this site indeed offers players to bet on an unauthorized gambling offer using cryptocurrency. The use of cryptocurrency is prohibited on the sites of authorised operators who are required to fight against fraud, money laundering and the financing of terrorism.

The ANJ said: “We wish to draw the public’s attention to the dangerousness of these illegal sites which have particularly high audiences. This is why we decided, for the first time, to echo these judgments. In 2020, 281 domain names were blocked, corresponding to 125 illegal sites. The blocking of illegal gambling sites called mirrors, follows a more rapid blocking procedure.”