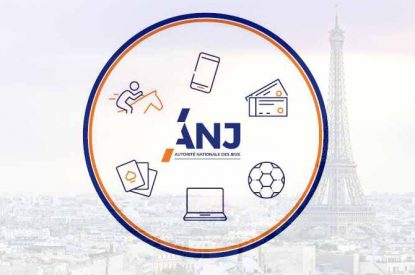 During its first year of operation, French regulator ANJ has implemented the various new tools provided for by the Pacte law and by the ordinance of October 2, 2019: responsible gaming action plans, gaming program, promotional strategies, frames of reference for addiction and money laundering, etc. This institutional engineering forms the basis of ANJ’s action and results in regular compliance monitoring meetings between the regulator and the operators.

Since its establishment on June 23 last year, French regulator ANJ has met 17 times and adopted 240 decisions. The ANJ immediately got into working order to respond to the urgent need to renew the approvals of 10 operators which expired in 2020 and to lay the institutional foundations necessary for its operation (adoption of the internal regulations, opinion on advisory commissions, renewal of the sanctions commission, etc.). At the same time, the ANJ wished to place its action in a medium-term strategic perspective, beyond the four objectives defined by law. It has drawn up its 2021-2023 strategic plan, structured around 5 strategic axes which place the protection of the player at the heart of its regulatory action.

To strengthen the protection of players and allow them to keep playing recreational games, various actions have been carried out by the ANJ: launch of a dematerialized voluntary gambling ban service with reduced registration deadlines, strengthening of the mediation, information and awareness actions on social networks for young players, etc.

The ANJ announced on July 21 the launch of five projects likely to combat the abuses observed during the football Euro and to clarify, or even complete, the legal framework. These projects should be completed by the end of the year.

In terms of advertising, the ANJ asked the operators for a mid-term review of the implementation of their promotional strategies as approved by the ANJ college in January 2021 and reserves, after examining these reviews, the possibility of initiate sanction procedures in the event of non-compliance;
The ANJ will launch a stakeholder consultation at the start of the school year on the subject of advertising. This will then allow it to make recommendations to stakeholders and, if necessary, to propose new intervention tools;
Collaboration has been initiated with the ARPP to translate regulatory restrictions into concrete recommendations for operators. The objective is to issue precise and operational guidelines on advertising by the end of the year.

In terms of commercial bonuses, the objective was to analyse in detail the practices of the French market but also those which are in force in other European countries. This study will make it possible to define the conditions for “reasonable” bonuses, in accordance with the reference framework, and to assess the advisability of strengthening the supervision or limitation of these offers.

On September 21, the ANJ will organise a seminar bringing together several scientific experts in gambling addiction in order to agree on a common and robust definition of excessive or pathological gambling which will serve as a reference point for the game. all the actors. The ANJ has observed that this definition varies greatly from one operator to another, which tends to weaken the protection of players. Controls are underway following complaints received from problem gamblers who have not been detected by the operators and who have been encouraged to continue playing through the granting of commercial bonuses.

Many players complain regularly, especially to the mediator, that operators are limiting their bets. Following the decision of the Council of State of March 24 which recognizes that the player is a consumer, the ANJ began an in-depth review of the general conditions of use proposed by operators through the prism of the consumer code; A deliberation, updating the ARJEL recommendation of 2017 and more strictly framing the betting limits will be proposed to the members of the ANJ college in September. Once this rule has been established, the ANJ may decide to carry out control actions which could lead to penalizing, if necessary, operators who do not comply with this rule.