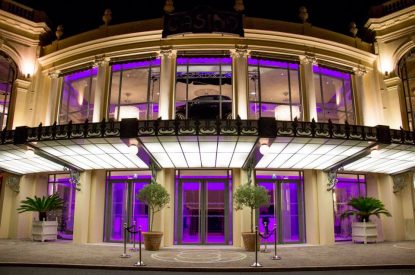 Four years since it closed, the Casino Beaulieu-sur-Mer reopened to the public just before Christmas, becoming the 12th casino to open in the Alpes-Maritimes region.

The venue, which was previously operated by Partouche, had been placed in liquidation, but has now been taken over by the independent group Gulf Casino, which has three casinos in France.

This reopening of the French Riviera casino, located ten kilometres from nice and the same distance from Monaco, has created 60 jobs. Gulf Casino has invested nearly €6m whilst the local council has invested a further €2m.

The casino has opened with 75 slot machines, 10 table games and three dining areas.
Antoine Herboux, CEO of Beaulieu Casino, described the reopening of the casino as a huge gamble as competition is fierce in the region with the casinos in Monaco eating into the catchment area alongside the 11 in Alpes-Maritimes.

“It’s a real gamble,” Mr. Herboux said.” We chose a premium location and have attached great importance to the gaming tables, a dozen to 75 slots. The competition will be strong, with close proximity to the Principality of Monaco and its five casinos, Menton and even Nice with its two casinos.”
The majority of casinos in the Alpes-Maritimes have experienced a decline in their GGR due to the effects of the smoking bans, identity checks and online gaming as well as a struggling economy.
Gulf Casino also operates casinos in Cannes and Noirétable.