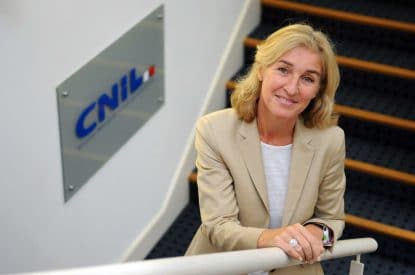 The move comes prior to the privatisation of La Française des Jeux (FDJ), which is currently state-owned and holds a lottery monopoly.

Under the new regulations, ANJ will act as a single body to oversee gambling in the country, including online gambling, currently regulated by ARJEL, casinos, horse racing in Paris and lottery games, currently regulated by the Ministry of the Interior and Ministry of the Economy and Finance. Isabelle Falque-Pierrotin, who was the head of the National Commission for Computing and Liberties (CNIL) until last January, will take the lead for the new regulator which will launch in January 2020.

The Council of Ministers said: “The National Gambling Authority (ANJ) will become the main player in the regulation of gambling in France. This new independent administrative authority will be endowed with reinforced powers, over a broad scope of competences. In the competitive online sports betting sector, the ANJ will take over the mission of issuing the licenses to online gambling or betting operators, now exercised by ARJEL. It will see its powers of supervision strengthened: the authority will indeed be able to prescribe to an operator the withdrawal of any commercial communication inciting to play excessively.

The Council of Ministers approved the order presented by Gerald Darmanin, Minister of Action and Public Accounts on October 2.

It also provides for the partial privatisation of the Française des Jeux, which should take place by the end of November.
A spokesperson added: “The government wants to clarify the organisation of the regulation of gambling, in order to make it more efficient and the ordinance codifies in the first place the four objectives of the State policy on gambling; namely casinos, online gaming, horseracing and lottery.

“It is about “preventing excessive gambling and ensuring the protection of minors; ensure the integrity of gaming operations; prevent fraudulent or criminal activities; to ensure the balance between the various gambling channels. This ordinance also sets out in the law the precise definitions of the different segments of games operated, so that each operator can develop its activities in a clean and secure perimeter. The offer of games under exclusive rights of La Française des Jeux (FDJ) as that of casinos are notably the subject of a precise legal definition, which did not previously exist in law.”

The new independent administrative authority will be given reinforced powers, over a broad scope of competences.
“With regard to FDJ and the Mutual Urban Parity (PMU), the operation of any new game will be subject to the prior authorisation by the ANJ. This authorisation may be withdrawn at any time if the objectives of the game policy are no longer respected. Moreover, FDJ and the PMU must submit annually to the ANJ for the approval of their gambling program, their promotional strategy, their action plan to prevent excessive gambling, gambling of minors, fraud or money laundering and the financing of terrorism. Finally, as a last resort, the budget minister may suspend or prohibit a game on the grounds of public order.

“In terms of online sports betting, the ANJ will take over the mission of issuing the licenses to operators of online games or Paris, now exercised by the ARJEL. It will see its powers of supervision strengthened: the authority will indeed be able to prescribe to an operator the withdrawal of any commercial communication inciting to play excessively.

“On the casino sector: the skills of the ANJ will focus on the fight against excessive gambling. The regulation of this activity for its other aspects, however, will continue to be the responsibility of the Ministry of the Interior. ”

Finally, the ordinance specifies the modalities of the privatisation of FDJ and organises the close control that the State will keep on the company by retaining a place at management level and on the board alongside directors representing the state, with the power to oppose the any problematic decisions of the business.