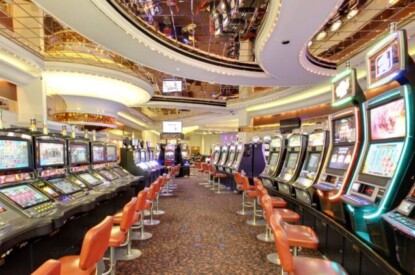 After two years of the pandemic and the pause in investments, Group Partouche is continuing to relaunch its casino renovation program in order to enrich its offer and improve their performance.

Extensive work is underway at the Annemasse casino and will in particular allow the opening of the left wing, the construction of an extension at the front of the building and the creation of two outdoor rooms.

Le Lyon Vert casino in La Tour-de-Salvagny is undertaking a major restructuring of the existing spaces and the creation of a major extension on two levels.

The Pasino at Saint-Amand-les-Eaux is undertaking major works to become one of the largest establishments in France, eventually offering a food-court restaurant open to all and a completely redesigned performance hall. Outside the concession and in the immediate vicinity of the casino, the hotel overlooking the new forecourt will have increased logging capacity. In addition, the creation of a room for immersive digital experiences will allow the organization of multiple permanent or ephemeral events and exhibitions.

Other sites redevelopments will be initiated in the 2023 financial year in the casinos of Vichy, Divonne, Contrexéville, Middelkerke as well as in the 3.14 hotel in Cannes.

The positive result comes due to the reopening of casinos on both sides of the Franco-Swiss border and the rise in the Swiss Franc over the 2022 financial year, foreign exchange gains recorded an increase of €1.5m compared to the previous year.

The operator’s current operating income became positive again and reached €29.8m up €68.3m, driven by the reopening of the group’s casinos.

Gross Gaming Revenue increased by 81.8 per cent due to the reopenings and despite the company offloading its Ostend casino in Belgium at the end of July 2021 and its Crans-Montana casino on January 31 2022.