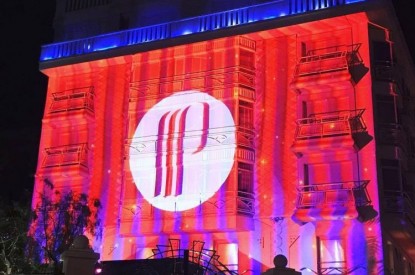 Three casino managers from French casino operator Partouche have been arrested by the police division of the Central Service of Racing and Gaming (SCCJ) as part of an investigation into ‘money laundering and tax evasion,’ ‘unlawful possession of a casino’ and ‘abuse of social good.’

A further four people were arrested in Nice. The investigations centered on games of poker played over the last 18 months, first at the Palm Beach and then at its replacement casino 3.14. Games were held in private rooms with the amount played being up to 20 times higher than the amount officially declared by the casino. This would have resulted in a shortfall of nearly €1.5m and tax of nearly €750,000.

Having placed the casinos under video surveillance, police moved in to find two tables of 11 players active in 3.14. The casino has quickly earned a reputation for attracting “big” players from Paris, who used to gamble at the old gambling circles of the capital.

The three directors were responsible for casinos in La Grande Motte in Herault, Bandol in the Var and 3.14 in Cannes and included Benjamin Abou, the President of 3.14 and Grande Motte and Grégory Emsalem, Managing Director of 3.14.

The prosecutor of the Republic of Marseille said that the investigation conducted by the Marseille inter-regional specialised jurisdiction against employees, former employees or Cannes 3.14 casino customers was focusing on the ‘misuse of corporate assets.’

Partouche said in a statement: “We have been informed that two managers and executives of the Casino 3.14 in Cannes, as well as players, were questioned by the Judiciary Police of the Central Racing and Games Service and proceedings have been launched due ofalleged financial offences. Groupe Partouche has no knowledge at present of the facts alleged. Cannes Casino 3.14 remains open. Groupe Partouche is in compliance with the law, specifically in the area of gambling regulation and the fight against money laundering.”

Partouche relcoated its Palm Beach licence in Cannes in June 2017 to 3.14, close to La Croistette, the busiest part of Cannes in terms of footfall. The new casino finished the 2016-2017 season in 53rd place out of 200 French casinos, with its GGR up 21.53 per cent. In terms of table games it was ranked third for hold’em poker having generated €357,770 and first for Omaha Poker 4 high with €743,368, generating 75 per cent of France’s total revenues for this game.

The case comes as Groupe Partouche wants to open a gaming club in Paris with its lack of vigilance having the potential to derail its filing for an application.

Partouche’s share price fell by 15.15 per cent following the news.