France – SFCMC down 18.6 per cent in Cannes during the first half of the year 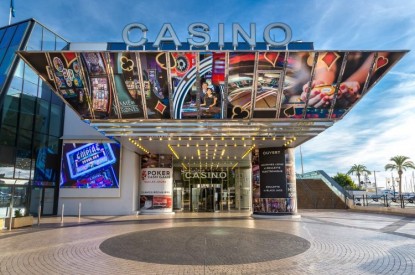 For the first half of the financial year saw an 18.6 per cent dip in turnover for French operator Société Fermière du Casino Municipal de Cannes (SFCMC), part of the Barriere group.

Regarding the Covid-19 pandemic, SFCMC said: “The health measures put in place to curb the spread of this virus in each country, and in particular in France, affected all of the group’s activities and establishments from the beginning of March 2020, before suspending them from March 15, until the end of June for hotels. The Casino Croisette was able to reopen on June 2, and catering has gradually resumed since that date. In response to these events, a certain number of measures have been taken and we continue to monitor developments closely. The actions carried out include among others: – the lay-off of a large number of Group employees (state indemnity up to €0.9m, of which €0.2bn received on April 30, 2020, the rest having been received in May); – suspension of subcontracts, the reduction of certain operating costs, the postponement of fiscal and social deadlines, the downward review of investments planned for 2020 with the exception of the Carl Gustaf hotel; – the failure to distribute dividends to shareholders for the year ended October 31, 2019.”

Despite these measures, the group’s activity and performance on April 30 were strongly impacted by this crisis, with sales falling to €25.6m.

It added: “Despite the gradual reopening in June of establishments, the Group’s financial performance will continue to be durably affected by events with, for example, the cancellation of the Cannes Festival which was to take place between 12 and 23 May 2020 , as well as the lack of visibility on the opening of external borders to the European Union. More generally, many uncertainties remain, in particular regarding business seminar activity and the future behaviour of customers of our casino, hotel and restaurant establishments in this exceptional context. However, these events do not call into question the future of the Group. SFCMC is not in debt as of April 30, and can obtain state-guaranteed credit lines at any time depending on developments.

“No establishment opened in May,” it added. “In June, only the casinos and the two beaches (Majestic beach and Gray beach) were gradually opened. The Majestic hotel reopened on June 25 with an exceptional product offer on the Cannes market. 100 per cent of the rooms, suites, catering areas, lounges and common areas have been renovated. In addition, a new restaurant ‘Le Paradiso’, a new catering concept signed by Nicole Rubi and Pierre Gagnaire will be inaugurated on July 9”.
“We have no visibility over the summer season. The situation should change rapidly in the coming days with the return of international flights. In this context, cost control will remain a priority and the action plans put in place in the 1st half will have to continue,” it added.