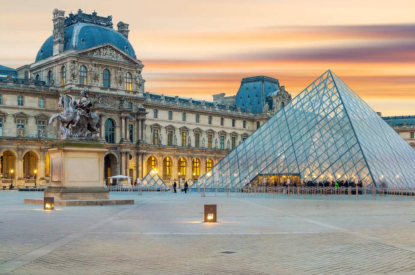 Despite fears from operators that privatisation of the lottery operator would destabilise the French gambling sector, the government sold its 52 per cent stake at the end of last year and will be introducing a new state regulator, L’autorité nationale des jeux, in Spring. G3 takes a deep dive into the ramifications this could have on the industry.

The French government completed a successful float on the Paris Euronext Exchange in which its first stage IPO secured an oversubscription of more than €1bn from public investors at the end of 2019. The floatation was one of the biggest in Europe last year as President Emmanuel Macron’s government pursued its policy of selling government shareholdings to fund innovation projects and boost the economy. The privatisation also included a €380m payment the FDJ owes the state to retain its monopoly rights for its lottery and sports betting business.

The Council of Ministers have announced that the state will continue to hold a certain degree of influence over the FDJ through the presence of a government commissioner on the board alongside directors representing the state. 40.5 per cent of all shares sold were to individuals and retailors making up the FDJ’s sales network, raising approximately €712m. These investors and retailors will be able to increase their holdings provided they hold their shares for 18 months. After this period, they will receive one additional share for every 10 acquired. A further €888m was raised through the sale of 44.9 per cent of issued shares to French and international institutional investors.

The government has maintained a 20 per cent stake in the FDJ with the power to block any capital increase of more than 10 per cent of shares. The privatisation of the state-owned lottery monopoly came after the French authorities announced the creation of a new national gambling authority, L’autorité nationale des jeux (ANJ), to replace former regulator, l’autorité nationale de régulation des jeux en ligne (ARJEL), in January 2020.

The newly privatised FDJ has wasted no time in strengthening its retail services, sanctioning a buyout of French payment solutions provider Bimedia. The agreement with Idinvest Partners, a European private equity fund, totalled €50m. The FDJ has announced it will take control of Bimedia’s 6,400 points of sale terminals, which service 90 per cent of France’s tobacconists and newsagents. The Bimedia transaction is seen as critical to the FDJ’s 2025 strategic vision as it seeks to modernise its retail network and diversify its customer services.

Operators in the French casino sector had previously expressed serious concerns that a significant increase in the number of FDJ outlets, currently totalling 30,000, would destabilise the sector following a leaked letter suggesting that a further 15,000 points of sale could be made available outside bars, supermarkets and service stations.

Over recent months, legislation has been introduced to quell operator fears, with limits imposed on player wagers, the percentage of earning expectations and the number of automatic machines available to the FDJ. Decree No. 2019-1060, which came into force on the day of the lottery operator’s privatisation in November, set out the specifications which the lottery operator will be subject to during the first 25 years of its privatisation, together with an agreement about the FDJ not exploiting the number of lottery games it will offer.

A second decree (2019-1061), which will come into force from the beginning of next year, deals with the framing of the games on offer and defines the conditions under which exclusive rights may be exercised. The number of lottery games that can be simultaneously offered across the FDJ’s physical distribution network will be limited to a maximum of 40 games and the number of online lottery games permitted across all categories capped at 100. The total amount of winnings for each chance intervention shall be limited to €250m for the first prize of each lottery game and €100m for lottery games based on the counterparty principle.

It has also been announced that games with random chance cannot be offered on terminals without human intermediation available, regardless of the RTP rate, to ensure FDJ terminals do not offer games which are reserved to casinos. Distributed scratch tickets, which total more than 400 across France, will no longer be allowed.

GROWTH WITHOUT THE STATE

Bruno Le Maire, the French Finance Minister, explained the rationale behind the privatisation of the FDJ: “Let’s look at the gaming market: the PMU, the casinos, the online gaming sites are private. The FDJ is the only public company to distribute games in France. This is an exception. This exception was its strength. The FDJ has a history and a presence in all the towns and villages of France thanks to tobacconists and press offices and has been an economic success for more than 80 years. But that state can very well regulate games, fight against addiction and sale to minors without having a majority share in the FDJ’s capital. The FDJ can continue to grow without the state.

“From the rentier state, which managed the dividends, we have moved to the state strategist who invests in the technologies of the future. From the owning state, which immobilised capital, we have moved to a regulatory state that uses the right levers to ensure its sovereignty. The privatisation of the FDJ is not a simple financial operation. We are moving from a managing state of the main actor of games to a state that protects and oversees the sector. This new role of the state shareholder is crucial to financing innovation. Asset disposal proceeds, including the privatisation of the FDJ, will finance a €10bn fund that will be invested in breakthrough technologies such as artificial intelligence, batteries or electric motors. France has fallen behind in the race for innovation but is catching up partly thanks to these privatisations.”

In Spring 2020, the L’autorité nationale des jeux (ANJ) will act as a single body overseeing gambling in France, including online gambling, which is currently regulated by l’autorité nationale de régulation des jeux en ligne (ARJEL). The ANJ will also monitor casinos, horse racing in Paris and lottery games, which are currently regulated by the Ministry of the Interior and Ministry of the Economy and Finance. Isabelle Falque-Pierrotin, who was the head of the National Commission for Computing and Liberties (CNIL) until January 2019, has taken the lead for the new regulator.

“The ANJ will become the main player in the regulation of gambling in France,” the Council of Ministers said. “This new independent administrative authority will be endowed with reinforced powers, over a broad scope of competences. In the competitive online sports betting sector, the ANJ will take over the mission of issuing the licenses to online gambling or betting operators, now exercised by ARJEL. It will see its powers of supervision strengthened: the authority will indeed be able to prescribe to an operator the withdrawal of any commercial communication inciting to play excessively.”

The college of the ANJ will be composed of nine members, whose appointment will be based on their economic, legal, consumer protection, addiction, and anti-money laundering knowledge and expertise. The ANJ will approve and control the FDJ’s plans to prevent juvenile gambling, following the recent introduction of a €125 fine per game sold to a minor, mirroring the penalty model for the sale of tobacco. In addition, recently implemented legislation authorises retailers to ask customers for apiece of identification to verify they are of age.

The new independent administrative authority will be given reinforced powers over a broad scope of competences. “With regard to FDJ and the Mutual Urban Parity (PMU), the operation of any new game will be subject to the prior authorisation by the ANJ,” the Council of Ministers explained in a statement. “This authorisation may be withdrawn at any time if the objectives of the game policy are no longer respected. Moreover, FDJ and the PMU must submit annually to the ANJ for the approval of their gambling programme, their promotional strategy, their action plan to prevent excessive gambling, gambling of minors, fraud or money laundering and the financing of terrorism. The budget minister may suspend or prohibit a game on the grounds of public order.”

In terms of online sports betting, the ANJ will take over the role of issuing licenses to operators of online games, currently exercised by the ARJEL. The ANJ will see its powers of supervision strengthened, with the authority able to prescribe to an operator the withdrawal of any commercial communication inciting to play excessively. In the casino sector, the ANJ will focus on the fight against excessive gambling. The regulation of this activity for its other aspects, however, will continue to be the responsibility of the Ministry of the Interior.”