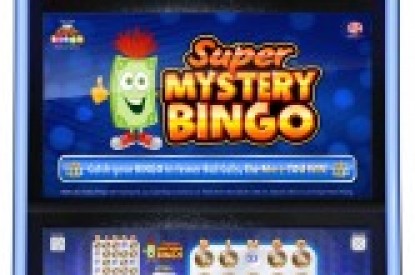 Gaming Arts, LLC, a Las Vegas based gaming manufacturer, has confirmed that the worldwide launch date of its SuperBingo and Ultimate Bingo slot games and progressive games will be October 3 through 5 at G2E 2017 in Las Vegas.

This truly unique game content will be housed in Gaming Arts’ exclusive Phocus slot cabinets coupled with its enticing Top Phocus slot toppers, both of which are patent pending. The slant and upright Phocus cabinets feature a sleek design with advanced ultra-bright dual 1080p monitors powered by one of the world’s most powerful gaming CPUs. The games feature highly differentiated content and game mechanics that are not seen in the re-skins and clones offered by most slot manufacturers.

With the launch of SuperBingo and Ultimate Bingo, casinos will now have entirely new gaming options for their players. These fast-paced mesmerizing games are specifically designed to increase incremental revenue by attracting players from all segments, including existing players, bringing back disaffected players, attracting new and younger players, and of course, the millions of bingo players who until now have not had a slot game that reflects their game of choice.

Gaming Arts, LLC, a privately owned and operated business headquartered in Las Vegas, Nevada, is the world leader in bingo and keno games and technology. Gaming Arts’ games and systems are installed in hundreds of casinos and bingo halls across the United States, the Pacific Rim, and South Africa.