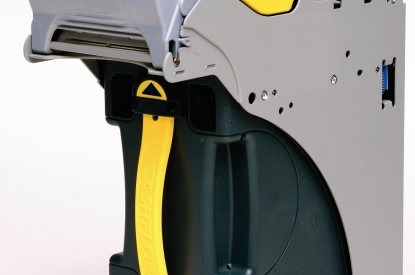 The combination of EasiTrax Soft Count and MEI SC Advance will take centre stage at G2e.

SC Advance features enhanced recognition technology, faster bill-to-bill speed, improved barcode recognition and the increased capacity to accept up to 100 different currencies and denominations. SC Advance also has the industry’s best acceptance rate for valid street-grade notes, including those that are wet, crinkled or torn.

The popularity of MEI products like SC Advance reflects the importance operators place on value-added payments systems.  As the leading global manufacturer of automated payments systems, MEI has sold more than five million note acceptors and six million coin mechanisms worldwide, achieving a 70 per cent ship share for three consecutive years in the US.  Recent property wins include Revel Atlantic City, the Hippodrome Casino in London, and multiple sites in the Asia-Pacific region – LVS blocks 5 and 6 in Macau, both Singapore properties, and Bloomsbury in Manila.  MEI has also enjoyed success in the VLT market, earning a ship share of 100% in the Alberta Lottery, over 60 per cent in the Atlantic Lottery, nearly 80% in Illinois, and an increasing presence in Manitoba.

Because enhancements are localised to the acceptor head, SC Advance can easily upgrade legacy Cashflow SC units so MEI customers can yield the most value from their previous investments. Thanks to its ability to work simultaneously with an existing

Cashflow SC field base, operators have the luxury of updating the slot floor at their own pace as capital becomes available. Intelligent support tools will sense the product version and run the appropriate software.

More MEI customers are now also implementing EasiTrax Soft Count, a product extension that expands the reach of note acceptors from the slot floor into the soft count room. The addition of EASITRAX to SC Advance or Cashflow SC creates a comprehensive software/hardware system designed to streamline the cash management process.  Since it was introduced in 2008, EasiTrax Soft Count has been installed in nearly 80,000 games worldwide, a number projected to surpass 85,000 by the end of 2012.