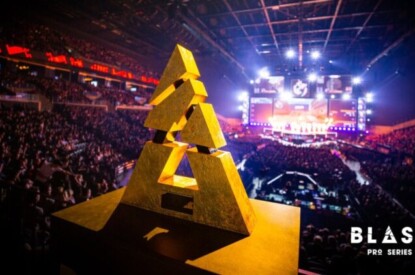 BLAST Premier, the world’s most entertaining esports event, is partnering with Bayes Esports, the leading source for official esports live data, until 2024.

This deal will make live data from all BLAST Premier events available to the entire partnership network of Bayes esports, ranging from high-level betting operators such as bet365 and GGBet to innovative odds and service providers such as BETER and Sportsflare.

Additionally, both companies aim to make data more accessible to teams and fans through historic data access, statistics, and visualizations, whilst ensuring the integrity of the competitions.

With BLAST Premier joining Riot Games for LoL Esports and ESL as exclusive partners of Bayes Esports, the Berlin-based company has rounded off its content portfolio and is now offering official live data from the leading trinity of esports organizations. In total, the tournaments covered by Bayes Esports are responsible for more than 80 per cent of turnover generated in the official esports betting market.

BLAST Premier represents the world’s leading Counter-Strike tournament series and the second largest content right-holder in esports. Furthermore, BLAST has recently engaged in a multi-year partnership with game developer Ubisoft for the organization of the Rainbow Six Esports Global Circuit.

The strategic partnership between BLAST Premier and Bayes aims to allow even more stakeholders in the esports data industry to benefit from each other and contribute to the overall development of the esports industry. Besides official live data from all BLAST events now being available to data customers partnering with Bayes, both companies also look to create data driven solutions that contribute to improving the overall fan experience. “Project V”, an innovative tool that allows for the automation of content creation, is amongst the solutions most actively being collaborated on.

Amir Mirzaee, CCO & Managing Director of Bayes Esports, stated: “We are so excited to welcome BLAST Premier on board. They have made a name for themselves in the upper echelons of esports by organizing premium esports events that put a great emphasis on an enjoyable fan experience and creating unforgettable moments. With us now being able to chime in and cooperate with them, I believe we can create some truly magical and unforgettable moments for fans, whether through visualizations or innovative content creation solutions while the matches are still going on. 2023 promises to be an exciting year not just for us, but for the entire esports industry.”

Alexander Lewin, VP of Distribution and Programming at BLAST, said: “BLAST prides itself on delivering next level entertainment, which is centered around unparalleled production quality and taking fans to the very heart of our experiences. Combining our approach with the vision and leading market position of the excellent team at Bayes is set to create outstanding esports entertainment for BLAST’s global fanbase. The data analysis, statistics and insight which Bayes is bringing to their global client base will be a tremendous value-add for fans of BLAST and esports worldwide.”