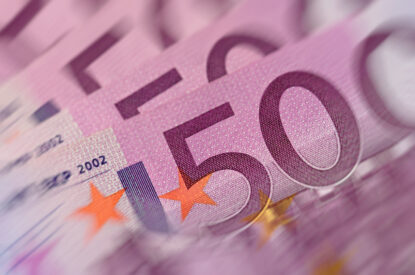 Total payments made by cash were registered at 47.6 per cent last year in Germany. Payment by debit cards was at 34 per cent. Yet combined with the data for credit cards and other payment methods, this figure has surpassed that of cash. Figures show that Germans often decide on the payment term depending on the amount to pay. 90 per cent pay in cash for sums up to 20 euros. For sums between 20 and 50 euros, every third person pays by card. In addition, the location plays an important role.

Digital payment is preferred for internet purchases. 80 per cent of people visiting a restaurant pay by cash. Yet most people prefer paying by card at a petrol station. Apparently only 10 per cent of the euros printed by the Bundesbank reach everyday people. 20 per cent are stored by the banks. 20 per cent are kept by people and institutions outside of Germany, yet within Europe – and 50 per cent by people residing outside of Europe. “This shows that the euro has really strengthened its position as reserve currency in comparison to the dollar,” concluded Mr. Thiele.