Germany –Duisburg casino the most attended in Germany 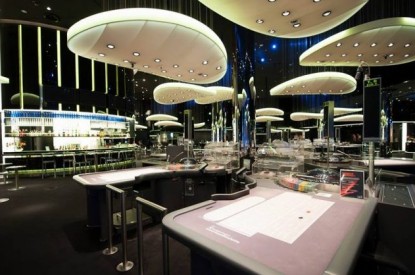 The Westspiel Group’s casino in Duisburg will celebrate 10 years of operation on February 23, having cemented its position as Germany’s most popular casino in terms of attendance.

The venue, located in Duisburg’s CityPalais in North Rhine-Westphalia in western Germany, attracted over 400,000 guests in 2016, the first time it has done so in five years.

Casino Director Jochen Braun said: “We are the unchallenged number one in the nationwide comparison of around 70 casinos. Over the past decade, our house has always been one of the main players in the German casino industry. And it has not lost its fascination even after ten years. We plan to celebrate with a huge party.”

The casino’s popularity peaked just before the great recession in 2007 when it attracted 585,000 guests. The challenge has now been set to top that figure. Revenues for the casino’s 33 tables, 16 multiplayer roulette stations and 345 slots are also expected to have grown over the last year although those figures are still a few weeks away from being announced. About 60 per cent of the revenues are generated by the slots and 40 per cent with traditional live gaming.

The ten year celebrations will be shared with the staff, with around 40 per cent of the current workforce having been with the casino from its launch night. The casino employs 230 people with a further 100 employed in the catering sector. The Westspiel Group will begin construction of its eight casinos in Cologne-Deutz in 2018 with a projected opening date of 2012.