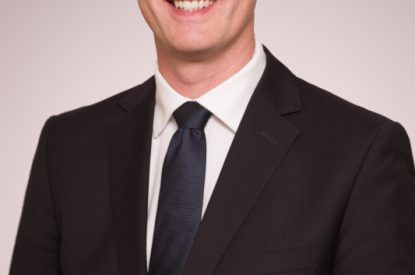 At a Ministers conference (MPK) in Warnemünde, the heads of government from the 16 German states have sketched the cornerstones of a reformed online gambling and sports betting policy in Germany.

The treaty hinted at looking at the legislation of online casinos and addressed some of the issues raised by the European Court of Justice.

During their annual conference in Warnemünde, Ministers and Prime Ministers have agreed on a change in the State Treaty on Gambling (GlüStV). In doing so, the countries have set themselves the goal of first analysing the online casinos market, in order to re-regulate the market, taking into account the experience of other European countries. The future regulation of online casinos is to be based on the experience of other European countries.

DOCV President Dr Dirk Quermann therefore sees the agreement as an important step towards a viable and prudential regulation in Germany.

“It is a good sign that the participants have recognised the realities of a digital and networked market. We need a regulation of online casino offers according to qualitative criteria. There needs to be a channeling of demand to the serious suppliers, which can guarantee reliable protection and prevention measures. We will contribute constructively to the development of market-compliant regulation in Germany. Our members have extensive experience with regulatory knowledge from other EU member states. We would be happy to provide this experience and our technical knowledge concerning the function of the market in an open dialogue.”

The Deutsche Online Casinoverband is a federation of companies licensed in the EU and regulated in Germany, which are active in the development and operation of online casinos.

The founding members of the DOCV are bet-at-home.com, edict egaming, Mr. Green, OnlineCasino Germany, Prima Networks, Red Rhino, Tipico and William Hill. All eight members of the Association have valid licenses and licenses in Germany or Europe and pay the corresponding taxes.

The overall aim of the association is to work towards a viable and law-safe regulation for online casino offers in Germany. It sees itself as a political language of the industry and represents the interests and concerns of its member companies against politics, media and society.

Dr. Quermann added: “The current legal uncertainty in the market is equally unsatisfactory for policy makers, consumers and suppliers, and the existing regulation in the gaming contract favors the black market alone and disadvantages the serious providers , Which is why, together with our policy, our goal is to establish clearly defined rules for fair competition and effective consumer protection in the digital age.”

The German Sports Betting Association (DSWV) has also welcomed the agreement of the Prime Ministers to introduce a licensing procedure for sports betting providers based on qualitative parameters only.
DSWV President Mathias Dahms said: “The agreement of the Prime Ministers makes us hope. For years now, the serious sports betting providers have emphasised that a numerical limitation of licenses is unconstitutional and contradictory to European law. With the introduction of a genuine system of authorisation, legal certainty can finally be established.”

“The declarations of intent must now be implemented with determination. For this, a new State Treaty on Gambling with a new system is needed: the sports betting monopoly in violation with European law is not only to be suspended temporarily, but must be completely abolished,” he added.