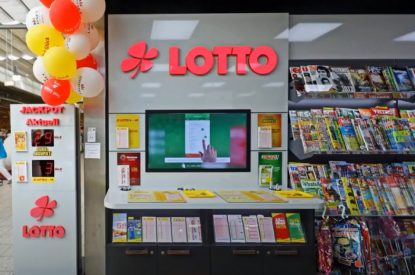 The state-owned LOTTO Hamburg GmbH got off to a surprisingly good start to 2020 with a seven per cent increase in the first half of the year despite limitations in some parts of the business by the the coronavirus pandemic restrictions.

The games offered by LOTTO Hamburg were also very popular in the first half of 2020. Despite corona-related restrictions, stakes increased in the first six months of 2020 by €5.3m to around €80m.

Several high jackpot phases in the Euro Jackpot contributed to this positive development. While stakes at LOTTO 6aus49 remained stable, the euro jackpot increased by 38 per cent in the first half of the year. The stakes of the GlücksSpirale also increased by 11 per cent. From January to June 2020, 11m tickets were sold in Hamburg, which was two per cent more than in the same period in the previous year, with higher stakes being played.

The corona crisis with partial lockdown also had an impact on lottery sales and led to a shift from terrestrial sales to the Internet. The managing directors of LOTTO Hamburg, Michael Heinrich and Torsten Meinberg explain: “Traditionally, the terrestrial LOTTO acceptance points in the districts are the most important sales pillar for LOTTO. Since the acceptance points are mostly in newspaper kiosks or supermarkets, many were able to stay open. But although at the top only 20 of the approximately 450 acceptance points were closed, there was a drop in visitors, which was particularly noticeable in the case of short sales of scratch cards that were not available on the Internet.”

For large lotteries, many customers used the multi-week tickets offered or gave their tips online. Digital sales via the company’s own website (www.lotto-hh.de and www.lotto.de) and the online offers of commercial game brokers increased significantly in spring and were able to compensate for declines in terrestrial sales. While the share of terrestrial distribution fell by 6 percentage points to 71 per cent, the Internet share (own Internet and commercial game brokers) rose from 14 per cent to 21 per cent.

“Although we also had to struggle with corona-related restrictions, many customers have remained loyal to us and LOTTO has proven to be crisis-proof during this time,” said Managing Directors Michael Heinrich and Torsten Meinberg. “After the corona restrictions have been relaxed, we will return Many online tipsters would also be happy to return to your local acceptance points. ”

LOTTO Hamburg paid a total of around €30m in profits to Hamburg players in the first half of the year. Eight Hamburgers won more than 100,000 euros, among them was a tipster from Bergedorf in April, who was able to cheer LOTTO 6aus49 for a blessing of 1.55 million .

The streak of luck for Hamburg seems to continue in the second half of the year: Three further high winnings of over 100,000 euros followed in July, including a Euro jackpot profit of €1.06m.