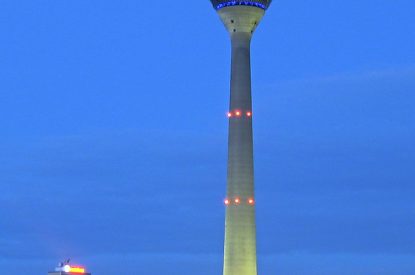 Cologne and Dusseldorf look set to go head to head over the award of a fifth land-based, casino licence to be awarded in the German state of North Rhine-Westphalia, in the west of the country.

Dusseldorf, the capital of NRW, and Cologne, its biggest city, are both front runners with officials in both keen to bring gaming to their localities.

State representative Mark Weske, a member of the Finance Committee, believes that Dusseldorf would be the right choice. “If there should be a casino in the Rhine metropolis, then this would fit Dusseldorf perfectly,” he said, highlighting the ‘presidential palace’ at the Cecilienallee as being the ideal venue. “This would provide the perfect setting for a casino,” he added.

Cologne state representative Martin Börschel of the SPD, believes that Cologne should get the award, however the final decision rests with the cabinet.

The launch of a fifth licence has already been approved by the ruling coalition between the Social Democrats and the Greens. The state already boasts casinos in Aachen, Bad Oeynhausen, Duisburg and Hohensyburg, all operated by Westspiel.

It is believe that operation of the new casino will also be granted to Westspiel, who outside of the state operates venues in Berlin, Bremen, Bremerhaven and Erfurt.