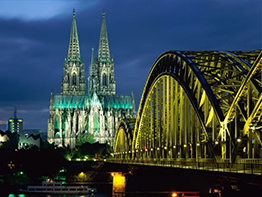 The battle between Cologne and Dusseldorf over the awarding of a fifth land-based, casino licence to be awarded in the German state of North Rhine-Westphalia, in the west of the country, is over.

Cologne, the state’s largest city, has been named as the location of the new licence.

The launch of a fifth licence was approved by the ruling coalition between the Social Democrats and the Greens back in November 2012. The state already boasts casinos in Aachen, Bad Oeynhausen, Duisburg and Hohensyburg, all operated by Westspiel.