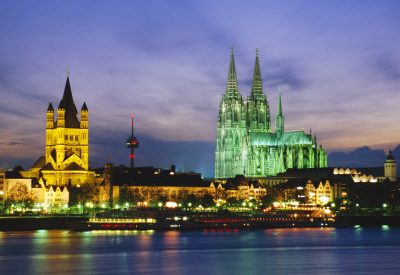 The state politicians of North Rhine-Westphalia, Germany, have enacted the Interstate Gambling Treaty, allowing for a new, fifth casino in the state. Four locations have already applied, including Münster. The state Minister for the Interior, Mr. Jäger, confirmed the process is underway. Mr. Jäger is to make his suggestions to the state cabinet in January, though according to media reports, the labour and green parties have agreed on Cologne as the location, which has been the centre of discussion for a casino for almost 30 years. In such a case, the other cities (Düsseldorf and Neuss) would have no chance of winning the concession.

The other casinos in Aachen, Bad Oeynhausen, Dortmund and Duisburg will remain in business. Casino Aachen, which is suffering from poor results at present, may in future pay lower taxes.

The positives for casino operations is balanced against a negative outlook for North Rhine-Westphalia’s street operators. Stricter rules will apply in future for arcades, which includes a minimum distance of 250 metres between arcades. This rule means that multi-concessions in one building (which has been the norm across Germany) will be forbidden as well as locations near to schools or other public institutions. It will also be forbidden to place cash machines in arcades. The effects of the changes will have a devastating effect on the street market in the state, with the loss of locations and jobs.

The state has, however, sought to increase gaming opportunities in new fields, with lotto numbers now to be played online in North Rhine-Westphalia from December onwards. Enacting the Interstate Gambling Treaty means that the state politicians of North Rhine-Westphalia have opened the way for online bets. The ministers focused on relaxing the present Internet ban from 2009 and are also forging a new path with sports betting – but carefully. 20 private providers are to be licensed for nation-wide concessions. Mr. Jäger concluded: “We wish to control the need for gambling in an orderly way and create a legal alternative against illegal (online) gambling.”