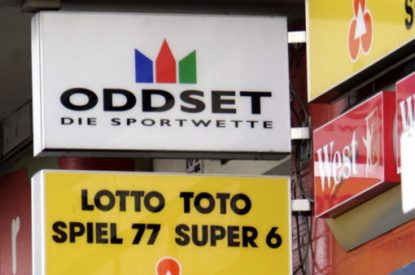 Following a competitive process, ‘ODS Oddset Deutschland Sportwetten GmbH’ (Oddset) has awarded Scientific Games International (SGI) in cooperation with Intralot with a contract for the operation of sports betting in Germany both in the retail and the interactive space. Under the agreement with SGI, Intralot will provide the new generation of its renowned Intralot Betting Platform, fully supporting the retail and the interactive operational modes, together with complete Risk Management Services and Interactive Operational Services. Oddset is the newly established entity that will modernize and develop the existing sports betting operations in Germany, through the national retail network of the Deutsche Lotto und Toto Block lotteries, which is comprised of 23,000 points of sale.

Germany’s betting market is among Europe’s largest and is currently undergoing regulatory reforms. As many as 15 of the country’s 16 regions signed the Interstate Treaty at the end of 2011 and  most of these regions have already ratified it in their local parliaments. The new Treaty is in force since beginning of  July 2012. Aiming to become the leader of Germany’s betting market, Oddset will apply for one of the twenty upcoming national concessions to be issued for the organization and brokerage of sports betting for an initial period of seven (7) years.

Constantinos Antonopoulos, Intralot Group CEO, stated: “We are very pleased to become part of this great opening of the German market, one of the most important markets in Europe and worldwide. SGI’s considerable experience and knowledge of the local market together with Intralot’s extensive know-how of sports betting operations and the powerful market position of the German State Lotteries create the synergy to address the challenges of the newly regulated German market. Our common objective is to establish through Oddset a modern, attractive and competitive product portfolio in the German market enabling Oddset to become the market leader in sports betting in the Federal Republic of Germany over the medium term.”

The Parties have the common objective of supporting Oddset to launch first in Germany’s regulated sports betting market, which is estimated to take place before the end of 2012.