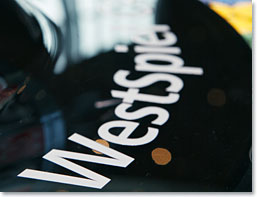 The owners of WestDeutche Spielbanken (WestSpiel), NRW.BANK, which is operates four state-concessioned casinos in North-Rhine Westphalia, Germany: Aachen, Bad Oeynhausen and Dortmund-Hohensyburg (all WestSpiel KG) as well as Duisburg as a separate company (Casino Duisburg KG), is currently the focus of local press criticism. According to financial reports from WestSpiel, its casinos outside the borders of North-Rhine Westphalia have been making losses that have negatively impacted the group.

Outside of North-Rhine Westphalia the casino at the TV tower Berlin, Casino Erfurt, Casino Bremen as well as a slot hall in Bremerhaven belong to the WestSpiel Group. Despite operating Germany’s largest and most successful casino, WestSpiel Duisburg, each of the group’s casinos outside of the state of NRW have underwhelmed in terms of performance (see table).

The latest financial figures from WestSpiel indicate that its casinos in Berlin, Bremen and Erfurt are struggling and the local media is speculating that these locations could be sold. However, contacting WestSpiel directly, G3 has learned that WestSpiel is in the final stages of negotiations to sell its Berlin casino. Gustav Jaenecke GmbH und Co. KG is to due to become the new owner of the TV Tower location. Gustav Jaenecke GmbH is the company currently operating Spielbank Berlin, a casino 94 per cent owned by the Novomatic Group of Companies.

In addition to Berlin, WestSpiel revealed that at present it has no plans to sell its casino in Erfurt, at least not until its concession ends in 2014. In Bremen, however, the situation is dependent on local government intervention. WestSpiel is negotiating with the Bremen senate concerning casino taxation. A new casino law that relates to structural changes to casino taxation was passed by the Bremen senate on 12th December 2012. Currently, casino tax is set at 20 per cent of GGR, there’s additional sales tax also applicable to this figure and the casino operator must pay a further 20 per cent fee. However, the change to the law in Bremen gives the finance department the right to lower the casino tax to 11 per cent and further tax payments to 0 per cent. The law also gives the state the right to raise the taxes too. The future of the Bremen casino as part of the WestSpiel Group is determinate on the tax level fixed for the coming year by the local government.