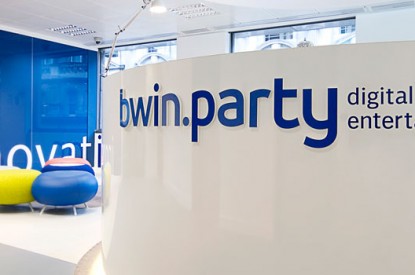 Shares in Bwin.party soared this week after the online gambling company put itself on the market by confirming bid speculation. The Gibraltar-based poker specialist and sportsbook operator said it had begun preliminary talks “with a number of interested parties regarding a variety of potential business combinations,” which could result in an offer being made for the firm.

Shares in Bwin.party, which made the statement in response to recent media speculation, jumped almost 17 per cent on the news to 126 pence. The company has faced pressure from U.S. activist investor Jason Ader’s Spring Owl vehicle to shake-up its board, improve its growth strategy and reduce infrastructure costs.

Canada’s Amaya Gaming, which earlier this year acquired Pokerstars, is reportedly in negotiations to acquire bwin.party, though other companies including Ladbrokes and Playtech have also been linked with the sale. Having recognised the increased market speculation over a sale, the board of bwin.party released the following statement:  “Further to recent media speculation regarding a possible bid for bwin.party, the Board of bwin.party confirms that it has entered into preliminary discussions with a number of interested parties regarding a variety of potential business combinations with a view to creating additional value for bwin.party shareholders.”

“Such discussions may or may not result in an offer being made for the Company,” bwin.party’s statement continued. “However, as all such discussions remain at a preliminary stage, there can be no certainty as to whether or not they will result in any form of transaction with any party.”