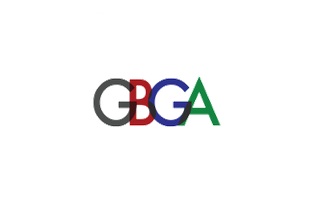 International TMT law firm Olswang’s public law team has secured a reference to the Court of Justice of the European Union on important issues concerning the legality of a tax imposed on overseas gambling operators.

In a judgement of Mr Justice Charles handed down, the High Court has found in favour of Olswang client, the Gibraltar Betting and Gaming Association, that the UK tax on online gambling raises issues of European law that should be decided by the Court of Justice of the European Union.

The Finance Act 2014 changed the taxation of gambling online so that operators outside the UK would be liable to pay tax, regardless of the tax they pay in their own jurisdiction. The tax was expected to raise some £300m per year from overseas operators from their gambling transactions with what the UK Government considered to be “UK persons”, many of whom would be subject to taxation. The Claimant operators already paid taxation locally on these transactions. They would now be subject to double taxation.

In October 2014, the GBGA instructed Olswang to issue judicial review proceedings asking the High Court to determine the lawfulness of the new tax regime in the Finance Act and associated HMRC guidance for remote gambling. The GBGA claimed that the new tax regime was discriminatory and restricted the free movement of services, contrary to the Treaty on the Functioning of the European Union. The Government of Gibraltar intervened in the proceedings on the basis that the case involves a key question of how Gibraltar, as a part of the EU, is to be treated by the UK.

The High Court has agreed with the GBGA and the Government of Gibraltar that the case raises issues of constitutional importance for Gibraltar. It was also found that HMRC, in seeking to justify the tax regime, had relied on a principle of law which has no clear precedent in European law.

The next step is that a formal reference of the case will be made by the High Court to the Court of Justice of the European Union.

If the tax regime is found to be in breach of European law, HMRC could be ordered to repay all of the tax it has unlawfully taken.

Dan Tench, Head of Public Law at Olswang, said: “The case raises important questions for the future of online gambling in the UK. It also touches on broader issues about the UK Government’s ability to tax businesses outside its jurisdiction. We look forward to these issues being considered by the Court of Justice of the European Union.”