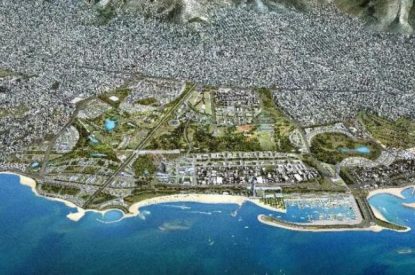 Caesars Entertainment, Las Vegas Sands, Hard Rock Entertainment, Mohegan Sun and Melco Resorts are among a larger group of international operators that have lodged their interest in developing the Greek casino license in Elliniko.

The Hellenic Gaming Commission (HGC), who has the responsibility of awarding the much sought operating licenses, has told interested parties to take part in the initial stage of the process by giving their feedback by September 10.

The five groups mentioned above are considered the leading contenders for the license and will be holding meetings with the Commission over the coming weeks. The total investment is expected to be in the region of €1bn. Melco and hard Rock are already building casinos in Europe of a similar cost in Cyprus and Spain respectively. Executives from Mohegan Gaming Entertainment are known to have met with Deputy Economy Minister Stergios Pitsiorlas already with and are expected to meet meetings with Commission Chief Vangelis Karagrigoriou scheduled too.

Four years ago,property developer Lamda singed a 99-year lease with the state to convert 620 hectares at the former airport in Elliniko, southern Athens, into an integrated resort of luxury residences, hotels, a yachting marina and casinos.

The so-called Hellinikon Integrated Resort Casino (IRC) will be built over more than 600,000 square meters and include a mix of hotels, convention and exhibition facilities, themed attractions, entertainment, a 15,000 sq.m. casino, shops, gourmet restaurants, and other tourist attractions.

The Commission wants a “world-class integrated resort casino operation as an important part of Elliniko, a project destined to transform the wider area of Athens and improve the lives of millions of residents of and visitors to our capital city, as well as to enhance the Greek tourism product and become a growth engine for the Greek economy.”