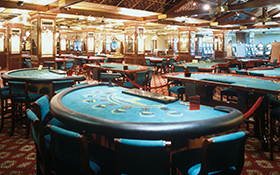 The Greek Council of State has ruled in favour of a €24m compensation claim in regards to a casino development in the city of Florina in Greece. The Council of States’s decision upheld claims that the state’s public institutions and ministers illegal behaviour resulted in the casino’s non-functioning.

The history of Florina’s casino is a long and protracted one. Licenses were approved in 1994 and granted in 1995. The Florina Casino Consortium completed the Casino in 1997, but the final authorisation has never been approved by successive ministers, in violation of the law. The casino never functioned, 250 job positions in Florina were lost and the Public is now obliged to pay €24m. According to the decision of the Court of Appeal: “the Consortium fulfilled its legal responsibilities, in a certain time, a fact that is not doubted by the Public”, and continues that “the administrative procedure has never been completed with the approval of the in-charge Minister of Tourism and Minister of Touristic Development afterwards, an essential action for the casino’s legal function, in accordance with L. 2206/1994 and with the ministerial decree 2554/21.12.1995.”

The Florina Casino Consortium sent successive petitions to the then Ministers of Development and the Prime Minister, but did not receive authorisation. The Consortium was committed to build a luxury casino and hotel complex of international standards, to create a conference center in Florina of 2,500sq.m. for 500-people, while it hired 250 individuals in 1997. The Consortium’s attempts to be granted the final authorisation lasted from 1995 to 2001.