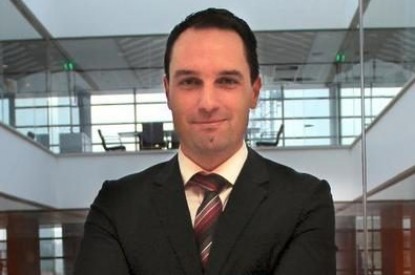 Interestingly, North America operations, under Intralot Inc., achieved significant year-on-year growth, with revenue up 15.2 per cent and EBITDA up 35.8 per cent.
During the six-month period ended June 30, Intralot systems handled €9.8bn of worldwide wagers, posting a 1.7 per cent year-on-year increase. East Europe’s wagers increased by 61.6 per cent (reflecting the new Sports Betting era dynamics in Turkey since September 2019), North America’s by 18.9 per cent (driven mainly by Illinois full-half contribution vs. launch in midFebruary 2019), in part offset by Africa’s decreased wagers with Morocco down 47 per cent, South America down by 46.9 per cent, West Europe was down 28.9 per cent, and Asia was down by 0.4 per cent, all mainly affected by the COVID-19 pandemic.

Lottery Games was the largest contributor to Intralot’s top line, comprising 65.3 per cent of revenue, followed by Technology Contracts, contributing 14.3 per cent to group turnover. Sports Betting accounted for 11.5 per cent and VLTs represented 8.3 per cent of Group turnover, while Racing constituted the 0.6 per cent of total revenue of 1H20.

Group CEO Christos K. Dimitriadis said: “During the first half of 2020 we have navigated through the COVID-19 pandemic as well as the effect of discontinued operations in Bulgaria and Turkey. We have revisited our strategy, accelerated its execution, reorganized the Group, gave priority to our customers and to our people, addressed our financials with prudency, diversified our portfolio even further, ensured continuity in service provision and identified ways to unlock the hidden potential of our digital technology. As a result, we have achieved significant growth in our US operation, substantial reduction of the Group’s OPEX and CAPEX and maintenance of strong liquidity levels. Most importantly we are continuously being prepared for the future and the new realities that are being established worldwide.”

By evaluating the latest available data and known lockdown conditions per jurisdiction and the moderate restart of sporting events, the company’s best estimate for COVID-19 impact for 2020 remains in the vicinity of €25m at Group’s EBITDA level.

It explained: “Estimates, in terms of impact rest in the fact that restrictions in various markets have been lifted earlier than initially expected and the top line impact in many cases is lower than previously forecasted. For example, in the US, monthly data show a high degree of resilience of our operations, and in Malta the lockdown was lifted on early May, earlier than anticipated. In Morocco, despite an earlier than anticipated lockdown lift, the lift has been followed by turbulence, i.e. local lockdowns that have affected the local economies and our operations. In Australia, however, impact assumptions are confirmed until now as well as for other jurisdictions, especially those in the South America region. We are monitoring and assessing the situation focusing, besides restrictions lift, on activity pickup curves.”