Greece – InspireAthens to be fully operational by 2024 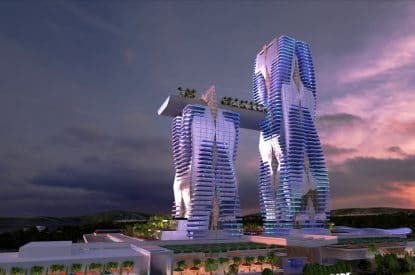 Greek Investment Minister Adonis Georgiadis has said that the casino and two hotels being planned for the landmark plot of Athens’ former international airport on the southern coast at Elliniko will be ready for business by 2024.

He added that building work would get underway in early July and would be inaugurated by Prime Minister Kyriakos Mitsotakis. Mr. Georgiadis explained that it would take three years to demolish around 900 structures on the plot.

The casino element will be called InspireAthens and is being developed by Mohegan Gaming and Entertainment, and its Greek partner GEK TERNA.

The resort will consist of a luxury hotel, entertainment venues, convention center, shopping, dining, casino, and a comprehensive mix of premium amenities. The development will help launch a new era of tourism growth and economic prosperity for all of Greece and the entire region.

The iconic design of the building was created by Steelman Partners, an international architectural firm specialising in IRC design and development. The concept form draws inspiration from the architectural history of Greece, particularly from Athenian sculptures and buildings including the Acropolis and the Caryatids.
The Inspire Athens development is estimated to create more than 7,000 jobs in the region during and after construction, including direct, indirect, and induced. The completion of the Integrated Resort and Casino is expected to increase international tourism in the Attica region by at least 10 per cent and contribute millions of euros annually to both the government and the people of Greece in the form of taxes, infrastructure improvement, and public services.