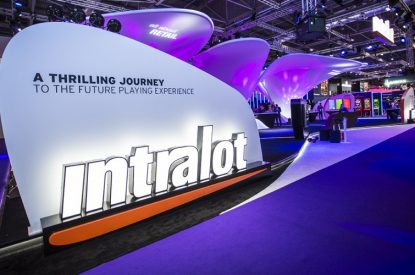 At Intralot’s Annual General Meeting, which took place on June 29, the company said its ‘main priority’ is its ‘subsidiary in North America, which has brought the best results to the Group.’

At the meeting the company presenting the corporate figures FY2020, the business developments, the Lock-up Agreement for the senior unsecured notes due 2021 and 2024, the strategy and the growth opportunities following the completion of its capital restructuring and changes of the company’s operational model.

Intralot Group Chairman and CEO, Mr. Sokratis Kokkalis stated: “Following extensive negotiations, the company has achieved a significant agreement to refinance its senior unsecured notes due 2021 and to deliver an important deleverage. This is a very important agreement, the successful completion of which, will enable Intralot to capitalise on business growth opportunities in the gaming technology industry, and especially in the USA. The main goal of the company for the achievement of the agreement with the bondholders, was to serve the interests of all stakeholders, including all groups of bondholders and shareholders.»

With reference to the announcement of June 28, 2021, Mr. Kokkalis said “With the interim loan facility agreement of €147.6m and redemption announced yesterday, the participation limits are reached in order for the agreement with the bondholders to be executed in a consensual manner, without recoursing to court proceedings. The new loan to be issued by INTRALOT Inc., will be denominated in dollars and respectively adjusted interest rates to fully hedge the foreign exchange risk.»

Referring to the business developments of the company, Mr. Kokkalis stated: “Following our recent announcement, the Group’s results for the first quarter were extremely good and we expect that the results for the second quarter will be just as good and according to the business plan, giving Intralot the opportunity to strengthen its position in strategic markets through the utilisation of its technology and experience in the gaming industry.

“Our main priority is now our subsidiary in North America, which has brought the best results to the Group and participates in its debt restructuring, as well as the exploitation of opportunities in other developed markets where the Group has comparative advantages leveraging in our experience and new product portfolio.Finally, I would like to thank our employees and all partners for their resilience and perseverance, in order to reach an agreement with the Bondholders.”

During the Annual General Meeting, the election of a new Board of Directors was approved, among others, with the election of two new members, Mrs. Adamantini Lazari and Mrs. Dionysia Xirokosta, the appointment of its independent members, the suitability policy of the members of the Board of Directors, as well as the formation, composition and tenure of the new Audit Committee