Greece – Intralot up by six per cent in first half revenue 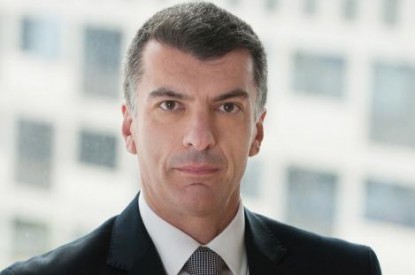 A strong second quarter helped Greek operator Intralot post a near six per cent rise in the first half of 2015.

First half revenue came in at €958.7m marking an increase of 5.9 per cent compared to the six months through to June 30 last year.

CEO, Mr. Antonios Kerastaris, said: “In the second quarter of 2015 Intralot delivered a strong set of results as EBITDA grew by 8.4 per cent compared to the same quarter of 2014, which also resulted in improved EBITDA margins, despite a tough comparison with 2Q 2014 due to the gradual fall-off of the Romanian contract and the effect of the World Cup Headwinds from a higher than usual payout continued in Q2 2015, albeit improved as compared to Q1 2015. A comparison of the business excluding these exceptional items shows a strong growth in Revenue across all our geographical segments. On a like for like basis our EBITDA grew by 9.4 per cent in the first half of 2015 as the majority of our subsidiaries reported strong results coupled with new contracts namely in Wyoming, Ohio and Georgia, in-line with our broader expectations.

“During the first half of the year we have renewed our contracts in the Netherlands, Morocco and Azerbaijan and continued the implementation of our strategic plan to streamline operations,” he added. “Moreover, we proceeded to the acquisition of a strategic stake in Bit8, enriching further our products and services offering and enhancing customer experience. We implement our strategy with strong operational and financial discipline and are seeing positive impact in key growth areas. We remain focused on maximizing shareholder value and customer satisfaction.”