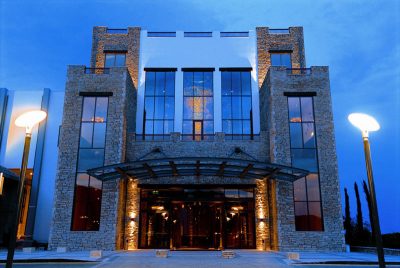 The Greek government is to sign off a new bill that will allow the Regency Casino Mount Parnes near Athens to relocate although it will still not be allowed to operate within the boundaries of the City of Athens.

The relocation from its mountain position will be overseen by the Greek gaming regulator (EEEP) with a decision required within 18 months of the bill’s approval. The relocation of the Parnitha casino will be carried out in a similar way to that of the casino in Thrace and before that the venue in Thessaloniki.

The draft law will also pave the way for a casino licence at the old Athens airport plot at Elliniko, on the capital’s southern coast. The Finance Minister is set to announce that there will be an international tender to see which casino operator will run the venue.

Gross Gaming Revenue at Greece’s nine licensed casinos has reduced by half a billion euros over the past eight years. GGR fell at Athens’s Mont Parnes Casino on Mont Parnitha by 51.5 per cent. Access to the Casino Mont Parnes is only possible via taxi or cable car which takes customers from the bottom of the mountain to the very top. It boasts over 700 gaming machines and some 78 poker and casino games tables.