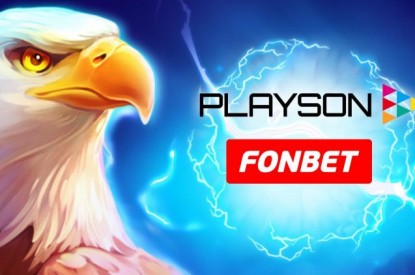 Playson has entered into an agreement to supply its games to Fonbet, in a move which extends the company’s footprint in the regulated market of Greece.

European operator Fonbet recently obtained a Greek licence and has since launched its new online site within the country.

As part of the new partnership, Playson will launch all 30 games that are certified for the market, including popular titles such as Legend of Cleopatra Megaways™, Hand of Gold and Hot Coins: Hold and Win.

This latest deal demonstrates the momentum the games developer is building within the newly-regulated marketplace after securing its supplier licence earlier this year. Playson’s content is live with a host of operators in the region and has attracted a wide audience.

Alex Ivshin, Playson CEO said: “We’re delighted to be working alongside Fonbet and support the operator’s launch in the Greek regulated market. This deal once again illustrates the trust that new operators place in our games to drive player engagement and retention. Our content is proven to resonate with players across multiple European countries and is already forming a strong player base in Greece.”

Yiannis Zafiratos, Vice President at Plumo Limited(Fonbet.gr) added: “Partnering with experienced and prominent game developers such as Playson is an important strategic move when launching an online offering in a new market. We’re confident the company’s content will enable us to attract a large volume of players.

“We’re excited at the endless possibilities this deal provides us and are looking forward to working with Playson.”